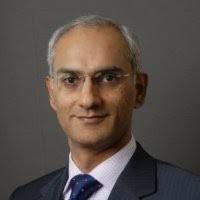 On 30 October 2020, a very insightful and interesting 2-hour session was undertaken by Mr Murali Neelakantan. Currently principal lawyer at Amicus, Mr Neelakantan has worked with Glenmark Pharmaceuticals as Executive Director and Global General Counsel. Having also worked with Cipla Ltd. and Khaitan &Co. It’s this varied experience that made the session all the more intriguing and noteworthy. He began by telling that India was among the first countries to understand the importance of birth control as a population control measure. Many believed it was possible since a woman handled the health ministry of India for a very long time after independence and represented the country at many world forums. He then moved forward how the bureaucracy was instrumental in making condoms be sold under the drugs act despite them not being a drug, anecdotes of that time only made it more amusing. We also got to know about the leading manufacturers Hindustan Latex and TTK. Laced with beautiful analogies and anecdotes, the light was also thrown on how the situation has not changed even slightly after 80 years.