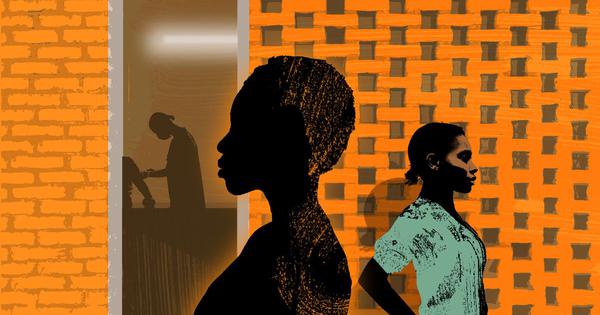 The BSc students at GIPE met online on 8th of June, 2021 for a guest lecture delivered by Vaishnavi Pawar whose research paper on “Impacts of a Bathing Space on the Lives of the Rural Women in India”, recently got published. She shared with us her overall experience on having written a research paper and the various obstacles she had to face. Additionally, she talked about the condition of rural women when it came to health and sanitation.

Even after the Swachh Bharat Abhiyan which widely focuses on building toilets in each and every household in rural India, had been implemented there is very little talk about building bathrooms in rural areas. This may be because the absence of toilets is highly noticeable, but that of the bathing spaces is not. But the absence of bathing spaces affects the female gender more than the male gender because it is not appropriate for a woman to bathe in a public place.

The required literature for this research was very scarce and only the Global North (European and American states) had talked about this issue because in the global north, there are pre-existing sanitation structures and water availability. According to the available literature, there are three dimensions of bathing namely- Sanitation & Social order, Hydrotherapy, Comfort, convenience & commodification.

Unfortunately, some of the rural Indian households lack all three of these dimensions. For women in particular, the third dimension is of utmost importance. That is, comfort and convenience in bathing for women is crucial as it enrolls dignity, improves the standard of living, well-being and overall physical and mental health. Even today there is less talk on bathing spaces in rural India due to lack of awareness and mainly due to improper advertisement. Over the years, sanitation advertisements in India have been more male gender oriented and mainly talked about how their respect and ego will be affected.

This solves the issue of constructing toilets but not bathing spaces, as bathing spaces primarily are more useful for the female gender than the male gender. So, in rural areas, women mostly bathe at a well or a pond or even at communal village ponds called pukhris or pukhras. Usually they complete all their household tasks that require water in the water body and then take a bath in it.

The research mainly focused on the tribal villages who got recent access to bathing spaces via various non-government organisation (NGO) interventions. Their responses regarding the changes in bathing practices were recorded. Villages in Madhya Pradesh (Betul) and West Bengal (Kharagpur) were selected for this.

In Betul, Madhya Pradesh, an NGO named Bharatiya Agro Industries Foundation (BAIF) built half-walled bathing spaces using the left-over money from Swachh Bharat Abhiyan. These half-walled bathrooms can be constructed further. In Kharagpur, West Bengal, Tata Metaliks built community bathrooms due to lack of space. Each communal bathroom included a communal tap where the women would carry out their household tasks and then bathe there.

Most of the findings were taken from focused group discussions (FGDs). As a part of methodology, a semi-structured questionnaire was curated and a purposive sampling method was applied which included only those participants who had recent access to bathing spaces within the span of three years. The results revealed that more than half of the rural household women now have access to full-walled bathrooms with roofs. Women performed other chores like  washing clothes, utensils, urination, storage, etc. in their bathing spaces. In both the villages, women saw health benefits of bathing to a great extent. Skin problems, infections, joint pain caused while bathing at temporary bathing spaces were completely omitted. Bathing spaces also solved the problem of Menstrual Health Management (MHM) which includes changing pads, using clean dried menstrual cloth, washing hands, maintaining intimate area hygiene. This could not be done when the women bathed in a pond, near a well or a handpump or any other temporary structure. Building up of bathing spaces caused a major change in the MHM practices as many women shifted from menstrual cloths to menstrual pads.