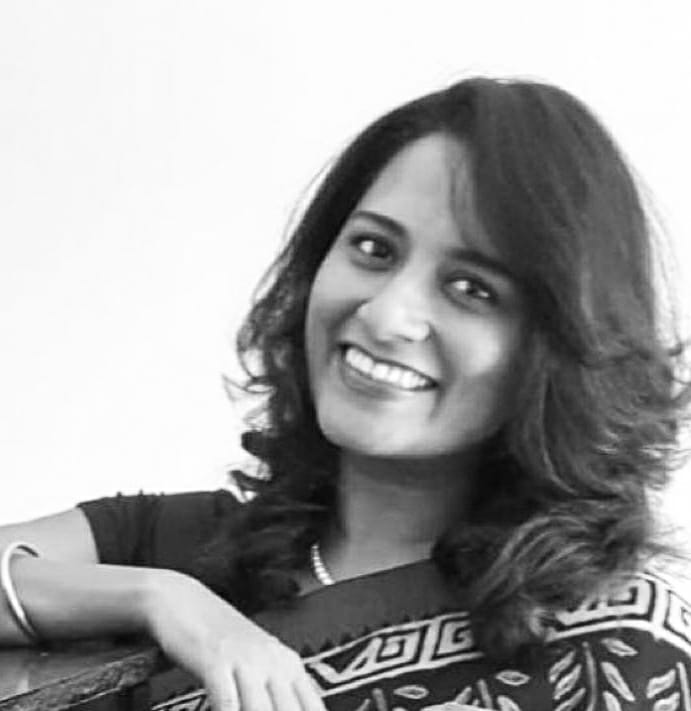 It is said that the study of philosophy takes us to the core of why and how things happen around us. The reason we exist, how to exist, the things around us, why they exist. But, Indian Philosophy tells us what is morally right and why.

Amongst these whys and hows, one person walked us, students, through the light that the Indian philosophy spreads. Dr. Anuradha Bosale is a passionate philosopher. She holds a Ph.D., her thesis being ‘Philosophy of Ayurveda”. She is currently a trainer and teacher in various Philosophical institutes. She also extends her training to schools, colleges, and corporate offices. Teaching Philosophy to someone with no knowledge of the subject is her best-loved thing to do.

The talk started with a brief introduction to Philosophy with B.Sc. Economics students at GIPE in the online meet.

‘Philosophy is about life and all aspects of life.’ Upon explaining further, students were introduced to the two main approaches of Philosophy – the western and the Indian approach. She then elaborated on Indian philosophy explaining the concept of ‘Shastra’. A science that goes far and beyond just definitions and meanings. There are various Shastras in Indian tradition, to point out a few she named, the ‘Jyotish Shastra’, which is based on an evolved form of mathematics, and ‘Swasthya shastra’, the system of medical science. While talking about the swasthya Shastra, Anuradha ma’am talked about the primitive of the subject, yet how contemporary was the content in it. Moving on, she talked about the ‘Darshan Shastra’ which is popularly known as Indian Philosophy.  She stated that Indian philosophy is the systematic compilation of the existence of the then lore of the livelihood structure.

Brahmacharya, Gruhsthashram, Vanprasthashram, Sanyas Ashram, was the cycle lived by the ancient civilization in  India. She talked about the deep impact of colonization in India on Indian philosophy. Dr. Anuradha said that this branch of philosophy is holistic in nature. Indian Philosophy is not about the pre-defined concepts, but it gives the feel first. She pointed out analogies from ancient history, explaining to the students that Indian philosophy makes one self-realize the rights and the wrongs and then helps one deduce the actual teachings which have come down for ages.

Anuradha ma’am then touched upon the dynamic characteristic of Indian philosophy. She explained that all the shastras are areligious in nature though Indian systems are thought to be very much religion-driven. The Indian approach provides rational and moral verses.

At the end of the talk, a Q & A session took place, here is an excerpt of it.

“Does the way of doing things have a specific reason behind it? For example, why a lady should wear bangles as a part of ‘shringar’? ”

Everything listed in the various shastras, have a line of reasoning slated behind them. The shastras not only tell us how to do things but also the purpose of it. And so does Indian philosophy. We first feel the shastra and then understand its deep-rooted purpose in our lives.

“ British rule, lack of recording, lack of preservation, oral traditions, have these things brought down Indian philosophy differently, and is this the reason why we do not value it as much today?”

The thing is actually an Indian philosophy was very well preached, explained, and preserved by the ancient scholar. People are naturally attracted to what they don’t have. And that is the reason why we do not focus on what we have. As I said, colonization did have a negative impact on Indian philosophy. Many records were lost and also which were newly created had a sense of bondage. The new concepts had a different angle, in which we can see a brief reflection of British rule.