TOOLS OF THE TRADE (AND MAYBE SOME POLITICS) 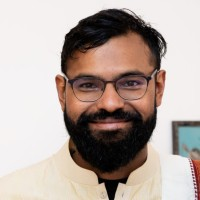 Rohan Venkat is a Deputy editor at Scroll.in, an independent news organization while also running his own bi-weekly newsletter called The Political Fix .

He also has experience of working for a tabloid , Mail Today.

Talking more about his work, he explained how Scroll doesn’t follow many of the mainstream journalism rules and tries to be accessible.Their style of narrative journalism isn’t followed by many publications,  to understand it, one doesn’t need to have any background knowledge of the topics or other journalism jargon .In this session, he hoped to give students a sense of  comprehending journalism,  accessing and consuming it more effectively and getting involved in it, either full time or just dabbling.

He shared some tips to comprehend journalism, like focussing on the writer/editor of the article rather than the publication, reading e-papers,finding your niche and reading a lot about it, and understanding house styles of publications. He believes,one indicator of good journalism is the journalist linkings and sending readers to works that they find exemplary is an indication of good journalism.Unsurprisingly old-school journalists struggle with this.He also gave some impressive tips about pitching article ideas to a publication. One way to do this is reading that publication a lot, figuring out what they might reject. When asked about if he had ideas to better the GIPE newsletter,quoting Money Stuff by Matt Levine, he urged to be unafraid about repeating stuff, geeking out with confidence, respond to readers without miscommunicating, and most importantly be consistent.

He concluded the very interactive and insightful session by giving us a quick glance of his newsletter, the Political Fix  Following which there was a short QnA session.

Rohan also asked if anyone had a pitch they wanted to run by him, about the newsletter students at GIPE are running.