IRONMAN- Brag for the Rest of Your Life

A triathlon, or triathlon race, is a sporting event consisting of three continuous and sequential endurance disciplines. The Ironman triathlon is one of the toughest endurance races in the world. The race consists of a 2.4-mile (3.8 kilometres) swim followed by a 112-mile (180 kilometres)  bike ride and concludes with a 26.2-mile (42 kilometres) run. It has an 8-hour time limit and it can be done in solo or team relay format. You would need to complete this challenge in less than 10 hours to qualify for the world championships.

It’s one of the most prestigious races in the world with athletes from all over the globe competing to earn the title of the IRONMAN. While many people aspire for this achievement, not everyone can handle it physically and mentally as it might just be one of the most excruciating races to have ever existed.

It all started when US Navy Commander John Collins grew interested in finding out which group of athletes among swimmers, cyclists, and runners possessed superior physical abilities. His curiosity made him suggest a race to end this debate. Collins suggested combining three of the toughest sporting events happening in Hawaii at that time. The IRONMAN triathlon was a combination of the 2.4-mile Waikiki Rough Water Swim, the Round the Island Bike Race (shortened from 115 to 112 miles for logistical reasons) and the Honolulu Marathon. Little did he know then of the phenomenon his musing would become, and how many lives it would impact.

“So I got on stage and suggested that we put all three Oahu events together and I said the gun would go off and the clock keeps running and whoever finished first, well, we’d call them the IRONMAN. It got a really good laugh at the time!”

Of course, it got a good laugh at that time! What Collins suggested was a task that seemed impossible at that time! And yet, on February 18, 1978, Judy and John Collins saw their dream come true with the first-ever Hawaiian IRONMAN Triathlon held at Oahu, Hawaii. That year Gordon Haller became the first person to finish the IRONMAN triathlon. The following year, Lyn Lennaire became the first-ever woman to finish the triathlon. 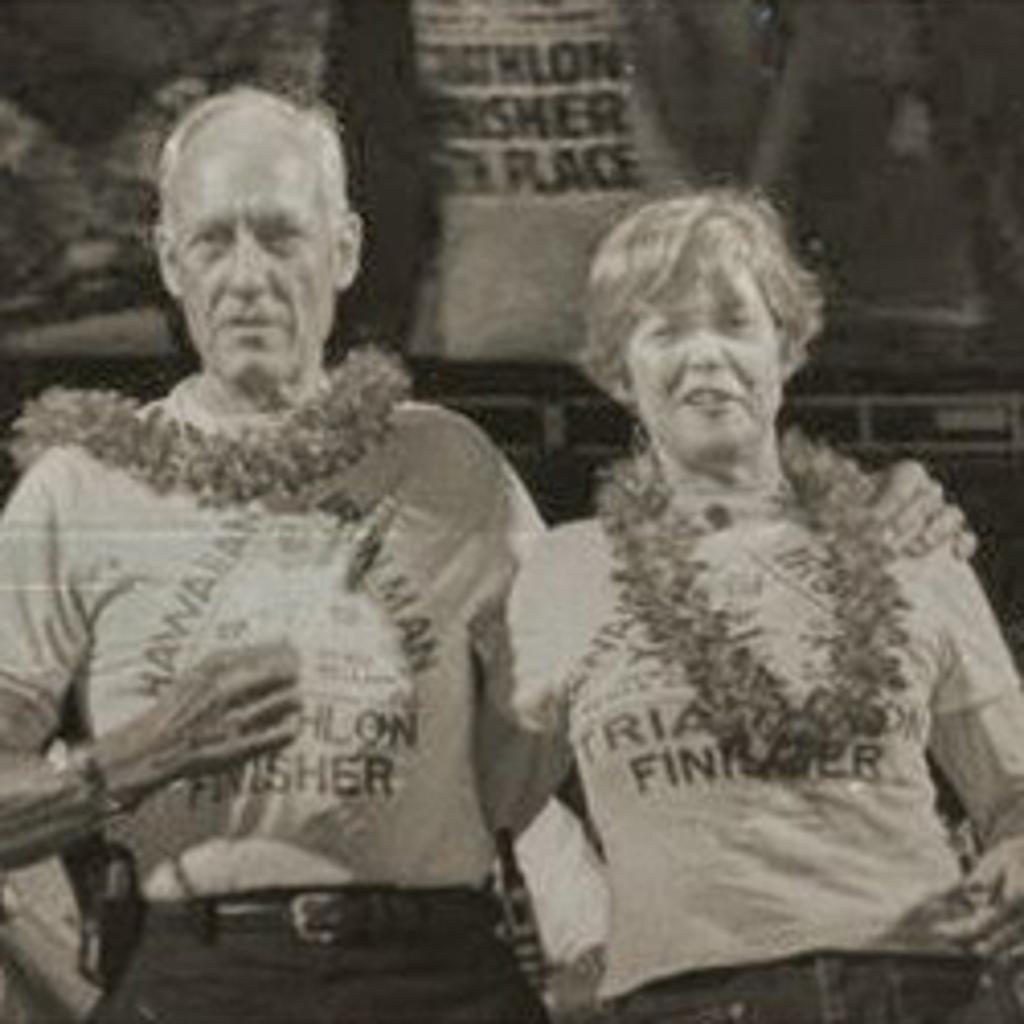 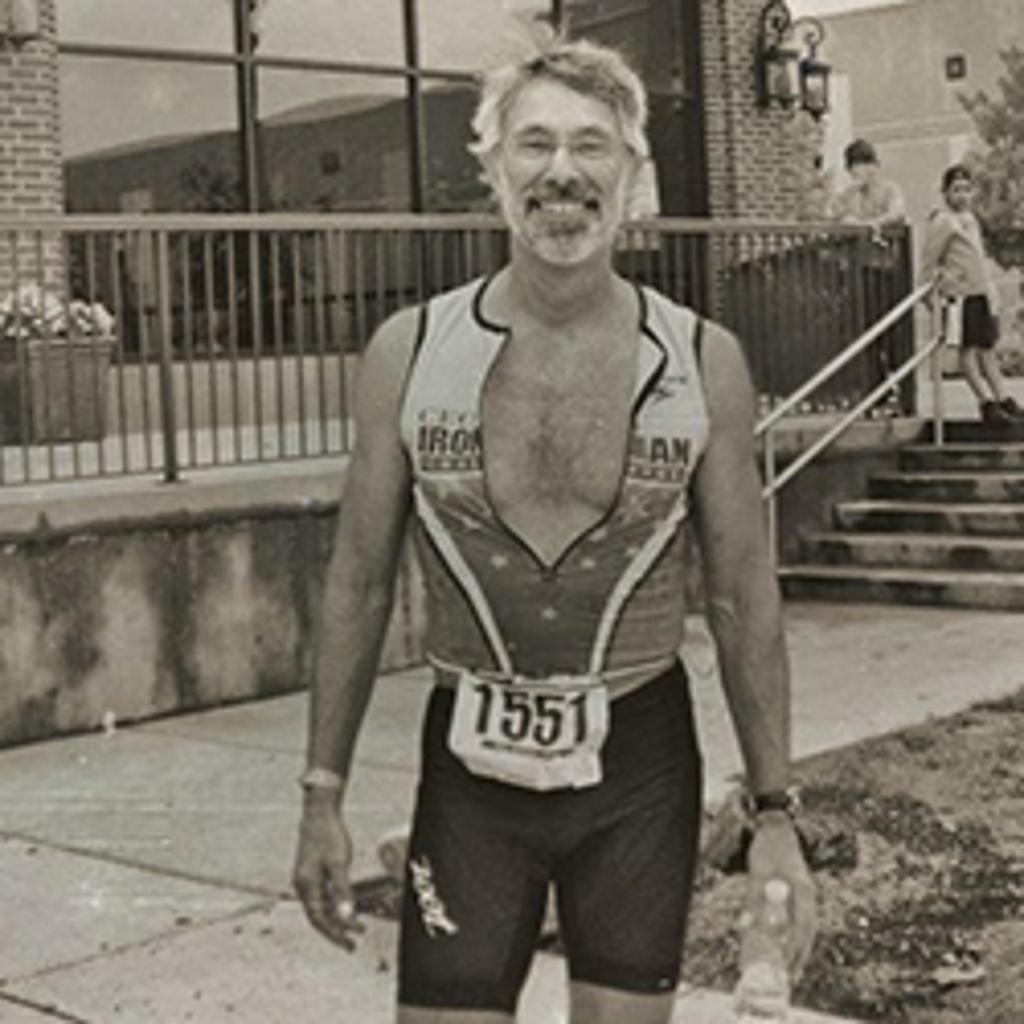 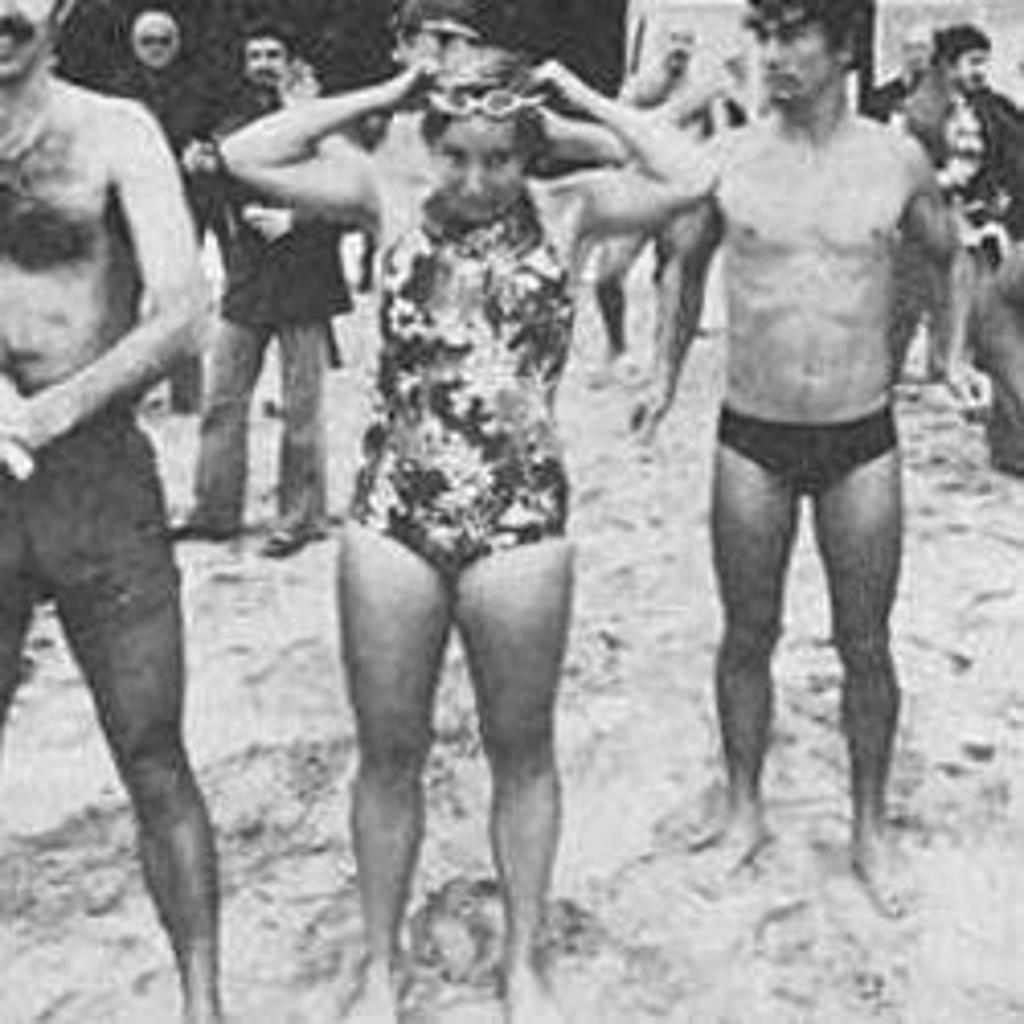 So, what makes someone an IRONMAN? One thing that sets them apart is their grit and their determination that enables them to keep going even in the face of sheer physical exhaustion. It’s because they know deep down inside that it will all be worth it in the end when they would have that medal around their neck.

A 2.4-mile open water swim kicks off the day. The mass start means that you would most probably be swimming in a sea of people with little or no space to breathe. You would certainly run into other swimmers and be hit, clawed, or scraped.  In the mess of limbs paddling and people trying desperately to stay afloat all you could try to do is not get rammed into or lose your goggles. This course would take someone who trained for it for a short period of time two hours and twenty minutes to complete while the pros may finish it in a bit more than 50 minutes.

The swimming segment of the IRONMAN Triathlon- a sea of people.

After a strenuous swim, the next stretch is the 112-mile biking segment. The contestants are not allowed to use disk wheels on the back tires of their bicycles. This is because the course is so windy that the cyclists often get blown off the path along with their cycles (something that’s actually happened before). You should also be aware of a second factor that contributes to the lunacy of biking 112 miles in Hawaii: the heat. Competitors have to travel through lava fields on their way to the finish line while being entirely exposed to the sun for miles and miles. To add to their suffering the Queen K Highway is flanked on both sides by hardened black lava rock that radiates heat. If you have ever wondered what riding a bike inside an oven feels like, you can surely compete in the IRONMAN to find out.

“You come off the bike, and you’re so exhausted, and the last thing you want to think is, ‘Oh my God, I have to do a marathon. Are you kidding me?’’

The contestants cycling through the lava fields

After hours of fortune and dehydration, the race concludes with the  26.2-mile run. But who would feel like running after swimming and cycling through hell, for hours? The run takes you through a track that has a temperature of 32 degrees celsius and stifling humidity. The worst, though, is yet to come. Just when you’re at your most vulnerable, the course turns into The Energy Lab where you start to wonder why you’re doing this, all over again. Don’t be fooled by the moniker “Energy Lab”; this physically demanding segment does everything except supply energy. The crowds vanish. The heat becomes more intense, slamming you in the face and your body starts to feel the effects of the lack of food and water. This last segment is meant to break you physically as well as mentally and it most often does.

If you manage to make it past the “Energy Lab” within eight hours then you have the achievement of a lifetime; you successfully completed the IRONMAN!

“It’s such a hard race,” said Timex Sports athlete Chris Thomas. “I’ll be out there, and I’ll be like, ‘There is no way I am doing this race again. I can’t believe I actually paid money to do this.’’