Sports and games form an integral part of a multifaceted India. From the world’s oldest stadium at Dholavira, Gujarat from 3rd millennium BCE to participating in the ultramodern sports championships, India has a vibrant sporting history.

One of the ways by which the Ministry of Youth Affairs and Sports(MYAS) promotes sports is by forming National Sports Federations(NSF) for each sport. As of 2021, there are 61 national sports Federation in India, which are responsible for promotion of core ideals of sports on a national level. These include a separate sports federation for each sport such as football (All India Football Federation), hockey (Hockey India), wrestling (Wrestling Federation of India). National federations for games such as Tug of war and Bridge also exist. The Tennis Ball Cricket Federation of India, conducts regular events for  tennis ball cricket, so gully cricketers can truly consider themselves sportspeople. 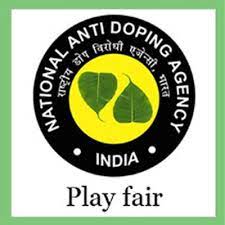 The Sports Authority of India (SAI) was set up in 1984. By offering elite athlete training and administering a number of initiatives for the identification and development of young talent, SAI has a vital influence in defining India’s sports development. National Sports University(NSU) is a relatively new establishment. It was constituted under the National Sports University Act, 2018 (No. 25 of 2018) in Manipur. On the 16th of March 2018, Prime Minister Shri Narendra Modi laid the foundation stone for the University’s proposed 325-acre campus in Imphal West. National Anti Doping Agency is the national organisation in charge of promoting, coordinating, and monitoring the doping control programme in all kinds of sports in India. NDTL, under MYAS, is accredited by the International Olympic Committee (IOC) and World Anti Doping Agency (WADA) test for the banned drugs in human sports.

Some of the eligibility criteria to form a federation are mentioned below:

Still after meeting all the eligibility criteria requirements as mentioned above and others, recognition of a federation is purely at the discretion of the Govt. of India who may grant recognition subject to such terms and conditions as it deems fit.

National  Federations receive full financial support from the government, right from funding to hold coaching camps, purchase of equipment, development of stadiums, travel expenses of players and other members, funding to hold sports championships, salaries to the head coach and assistant coach including the support staff and a lot more. From 2014-15 to 2016-17, the top five sports that received the most funding were shooting (INR 42.4 crore), hockey (37.8 crore), wrestling (25.9 crore), badminton (24.4 crore) and athletics (23.3 crore).

In the recent years there has been an upsurge in the number of indigenous leagues that are being conducted by the sports federations, such as Pro Kabaddi League, Indian Super League(Football), Pro Volleyball League, Pro Wrestling League which in turn also helps the federations grow big financially and attract audience for the sport. As a result of these Championships India has benefited a lot on the world stage. Surprisingly, the BCCI is not a NSF under MYAS. The ICC rules state that the boards must not have any intervention by the government to become a member of it. Hence BCCI is an autonomous body.

Recently, the heroics of  Mirabai Chanu, PV Sindhu, Lovlina Borgohain, Ravi Kumar Dahiya, the Men’s hockey team, Bajrang Punia and Neeraj Chopra at Tokyo Summer Olympics 2020  have raised India’s head high. India ranked 48th in the Olympics medal count. This is India’s best at the highest level, setting the bar high for the aspiring sportsmen. Less than 3 weeks after the completion of the Summer Olympics, the 2020 Paralympics kicked-off . The Indian contingent lived up to the expectations of the nation winning 19 medals in total. Sumit Antil, Pramod Bhagat, Krishna Nagar, Manish Narwal, Avani Lekhara brought 5 gold medals to India (India’s total number of gold medals at the Paralympics before Tokyo was four). No doubt that India was at its prime this Olympics.

India still has a lot of ground to cover before it tallies its medal total with the US, China or Japan.

At present India’s sporting future looks bright with the hard work and passion of the athletes supported by the upcoming government projects.