On Olympics and Bankruptcy

The Olympics have come a long way since the first modern games were held in 1896. The thought of becoming a global city is alluring to many but also demands a cost only a few can afford to pay. Thus, in earlier times the western countries hosted mega sporting events like the modern world fair to cement their global status as that of teeming cultural and economic hubs. However, such extravagant affairs were more like open demonstrations of power than anything else.

Hosting the Olympic Games, the Commonwealth Games or a single discipline event like the FIFA World Cup offers cities prestige. This race of the Olympic game has only one winner no matter which country hosts them, and that’s the west. This is because this game of power play is that of the western nations and thus, no matter who wins or loses the judges are the western nations. 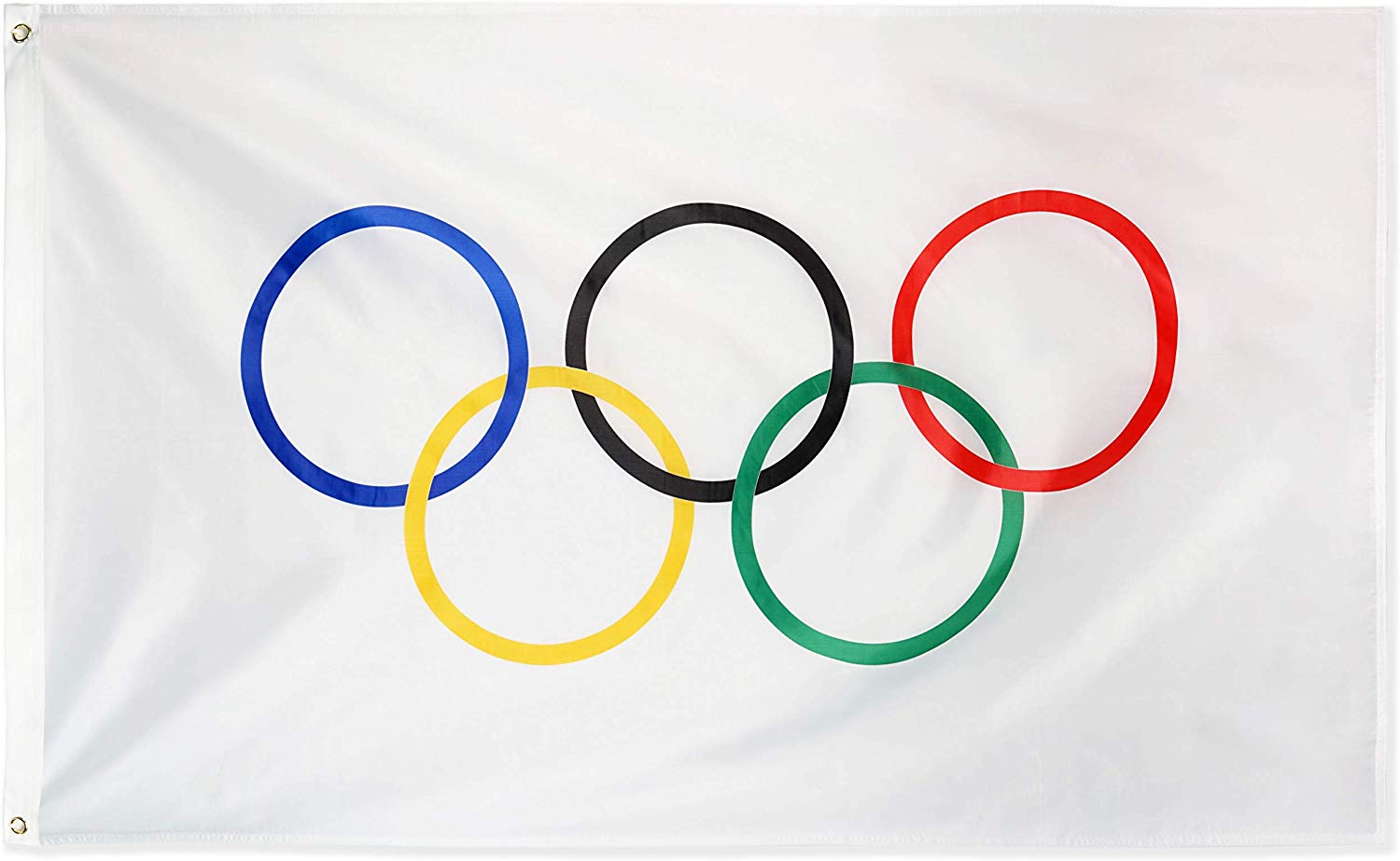 Countries have to bear many costs before even trying to bid for hosting these events. These countries spend millions of dollars in coming up with a comprehensive plan to submit to the OIC (International Olympics Committee). The cost of planning, hiring professionals and labour, organizing events, lodging, and the necessary travel consistently falls between $50 million and $100 million. Tokyo spent almost $150 million for its failed bid in 2016. It also spent around $ 70 million on its successful 2020 bid. Further, Toronto decided it could not afford the approximate $60 million required for its 2024 bid. The problem with this bidding system is that the host is not chosen on the basis of monetary prowess; rather, cities compete with each other on the basis of who can provide better facilities, guaranteed financing, and premier security. Ever since the September 11, 2001 attacks the security costs that are synonymous with hosting the Olympics have skyrocketed. During the 2004 Athens Olympics, total security costs exceeded $1.4 billion, with 40,000 security people being employed. There were more than 80,000 security personnel at work during the 2008 Beijing Olympics.

Further, for making the bid the country has to closely monitor and study their resource availability, budget constraints, public budget, infrastructural status, fiscal deficit, etc. For example, even though more developed regions are likely candidates to host such events there could be a number of factors that could make that unfavourable. Suppose these regions suffer from a scarcity of land during the initial bidding and planning period which is destined to become scarcer still over the 7- to 10-year period. This, in turn will result in the labour and resource markets of the country being stretched to a breaking point. In such situations hosting the games can cause gross misuse of land and provoke wage and resource price pressures, economic divide fueling inflation, etc. This is why a bid to host must always be a well calculated and thought out move.

On the other hand, the big sporting events are known to benefit the country’s economy as well. They achieve this by increasing tourism, and infrastructural development- improved air travel facilities, better roadway networks, rail line constructions, the country’s improved world ranking, etc. Hence when Rio de Janeiro won the right to host the Olympics in 2009, a number of projects were planned by the Brazilian government to display to the entire world the face of their country’s growth and development. The event was aimed at portraying Brazil as a thriving democracy and economy. But the scene that played out behind all this pomp and show was the bankruptcy of the Rio de Janeiro state that was struggling to negotiate its debt payments. Even though most of the US $11 billion invested in the sporting infrastructure was built on time, some structures still remained unfinished which were indicative of the state’s tumultuous economic conditions. Such is the cost of hosting the Olympics.

To add to the economic burden, the actual cost of hosting the games is almost always more than the projected costs. While Athens’s initial budget for the 2004 Olympics was $1.6 billion its actual spending ended up being close to $16 billion. The 2004 Olympics, in fact, largely contributed to the current Greek debt crisis.

While Beijing expected to spend a sum of $1.6 billion on hosting the 2008 Olympics, what they ended up spending eventually was $40 billion, including facilities and infrastructural development such as the expansion of the Beijing subway system. This bridging of the gap  between the estimated and actual costs often leaves the host countries with large debts and maintenance liabilities.

The world is now slowly coming up to speed with this economically detrimental side of hosting the  Olympics. Both Oslo (Norway) and Stockholm (Sweden) backed out on the 2022 bid as they came to the realization that the projected budget and the actual costs would have a great disparity.  In fact, Denver, in 1972 became the first and only chosen host city to reject the conduction of the Olympics after a referendum refusing additional public spending for the games was passed by public voters. Boston also withdrew its considerations for hosting the 2024 games, with its mayor saying that he “refuse[d] to mortgage the future of the city away.” and Boston’s mayor isn’t wrong.  During the 2024 Olympics bid many countries (Budapest, Hungary, Hamburg, Germany, and Rome) withdrew leaving only Paris and Los Angeles as potential host countries. In fact, the venue for the 2028 Olympics has already been pre-decided as Paris.

The so-called white elephants of this entire show are the expensive facilities that have limited post-Olympics use. These facilities, since designed for specific Olympic sports, are highly specialised themselves because of which the country often sees no point in maintaining them. These arenas often impose costs on the state for years to come, while contributing nothing to the GDP of the country. While Sydney spends $30 million a year on the maintenance of its Olympic stadium, Beijing requires $10 million a year to maintain its “Bird’s Eye” stadium. This stadium, in fact, cost $ 460 million to build and sits mostly unused since 2008. 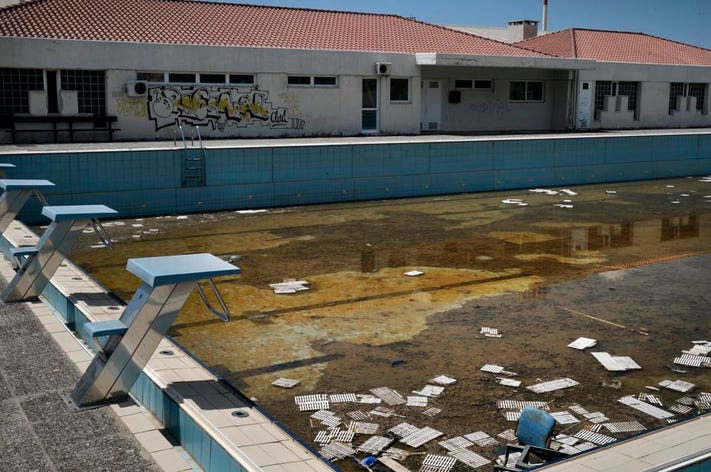 Gangwon, the South Korean regional government responsible for most of the 2018 games’ infrastructure, is expected to incur an $8.5 million annual deficit due to the upkeep of unused facilities.

It took Montreal until 2006 to pay off the last of its debt from the 1976 Games while Greece’s Olympic spending helped bankrupt the country.

With a history of leaving the host country  in economic distress on one side and flourishing tourism and infrastructure on the other- hosting the Olympic games seems to be a double-edged sword. But past hosting experiences have brought to light the fact – the cost of hosting the Olympics is heavy and often doesn’t return anything in terms of gains.

BSc@GIPE > The 8:10 Newsletter > HOME > On Olympics and Bankruptcy