Kabaddi is the second most-watched sport in India before cricket. The sport has captured wide international acclaim as well. There definitely is a need to find out what all this noise around kabaddi is about.  But to understand that we must first check out the modern rules and how the game is played today.

Kabaddi is played on a 13×10 meter court that  is separated into two halves by a midline. The game is played between two teams, each of which consist of seven players .

The two  teams alternate between raiding and defending. The raider’s objective is to go to the other half of the court, tap one or more of the defenders and return safely within 30 seconds. However, the raider must start repeatedly chanting  “kabaddi- kabaddi” before they cross the midline and can’t stop repeating these words until they cross back over to their team’s side. If they stop saying “kabaddi-kabaddi” on the opponent’s side of the court, even for a split second, they are considered out.  A player bags a point for each defender they  touch, but they  must also avoid being tackled in order to retain the points that they earn. This is difficult, as one player can face between one and seven defenders at the same time. The defenders have to work together as a unit, avoid the raider’s tap and failing which, they must stop the raider  from returning. Defenders get one point for a successful tackle. Any player that steps out of or is forced out of the court is then eliminated.

In other sports, for example,  in cricket, you have to wait for a four, or a six, or when a wicket falls to reach the crescendo of the game. That is the high point. In soccer or football and even hockey, it’s a goal. In kabaddi on the other hand, every 30 seconds is a high point. Hence, it possesses the potential of either being a successful raid or being a successful tackle.

The two most widely played variations of the game of kabaddi are the standard form and the circular variation. The recognised standard form is played on a rectangular court that is 10 by 13 metres (33 ft 43 ft) in proportion for men and 8 by 12 metres (26 ft 39 ft) in proportion for women, with seven players on each team. There are two 20-minute halves to the game, which are divided by a 5-minute halftime break after which the two teams trade sides.Further, each raid has a 30-second time limit as well.

Although the exact date of the game’s origin is unknown, India is without a doubt the place where it originated. The first edition of the sport’s fundamental rules appeared in 1923. The game attracted worldwide attention when it was performed, for the very first time at the 1936 Olympic Games in Berlin by a sports organisation from Amravati. The event was added to the Indian Olympic Games schedule, which was held in Calcutta two years later. In 1952  the Kabaddi Federation of India was founded.

The idea behind the Pro Kabaddi League or PKL started back in 1994. However, it wasn’t until 2014, 20 years later, that a broadcaster, Star Sports, came on board with actually implementing it. The Pro League, now in its 8th year, has seen considerable growth in both investment and audience numbers over the past few years. 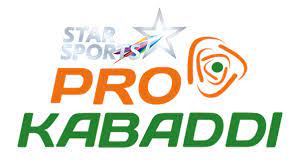 From 2016 to 2017, the PKL viewership in India increased by almost 100 million. And while it was still second to India’s premier T20 cricket competition, the Indian Premier League, domestically, the Pro Kabaddi League is more popular than the FIFA World Cup, one of the world’s most-watched sporting events. Investment in the league has also seen an  increase.

In 2017, Star Sports signed the biggest sponsorship deal in India for a non-cricket sport, worth more than $40 million. As a result, player salaries have also increased ever since. Following the 2016 player auction, the highest paid player was on just under $130,000. This year the amount has been raised to  $210,000. For team owners and stakeholders in the sport, more investment will definitely help attract more young players to the game. What ultimately a sport stands on is, what it does for its players. Thus, what we have been able to do is to make kabaddi athletes aspirational for sport fans and lovers in India. Player salaries have gone up and they definitely see themselves in the front line with the other sportspersons in India. What that means is that increasingly being a kabaddi athlete will become a viable career and that is something that encourages every sports person to push themselves.

Kabaddi as a professional sport is a relatively new thing. Until recently, it’s been seen as more of a hobby only played outside the cities or by children in school playgrounds unprofessionally. Kabaddi was looked at as a rural, rustic sport. Now with the effort of leagues such as Pro Kabaddi and Kabaddi Federations the sport is experiencing a new high after years of stagnation.