Loyal enough to turn down a  billion?

Imagine turning down 700 million because… actually imagine turning down 700 million in any case. Who, on this earth, in their right mind turns down that kind of money? The answer to that question is Tiger Woods! But celebrities, more often than not do tend to engage in the most random of acts without reason to back their actions. Still, in an attempt to understand this bizarre decision let’s find out the background of the offer and why the legendary golfer turned down three quarters of a billion dollars by not joining the LIV Gold Tour

Recently, LIV Golf CEO, Greg Norman confirmed that Tiger Woods was offered in the high 9 digits, between 700–800 million dollars to leave the PGA Tour for the emerging LIV Golf tours.  This is not the first time LIV has made headlines for offering their deep pockets to sway players into leaving the PGA tours. The brand is backed by the Public Investment Fund, a sovereign wealth fund of Saudi Arabia and they aren’t afraid to spend for what they want. 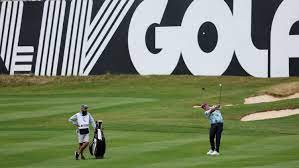 If it seems like such a perfect opportunity for Woods, what’s the catch? The PGA announced that players who were leaving to join the new tour will never be allowed to participate in the prestigious tour ever again. They were completely ineligible to play for PGA ever again. The European Tour also strengthened its alliance with PGA. They stated that players participating in the LIV tour will also face fines and suspensions when they participated in the tour’s three PGA co-sanctioned events. It has also been mentioned that golfers in the new league won’t receive Official World Golf Rankings points, which might preclude them from playing in major championships in the future.

Tiger had a lot to say about LIV Golf and its tactics for recruiting athletes. He believes that one-time big payments to the athletes take away from their drive to win and their motivation to train as hard for the competition. With lesser competition, the tour will end up underperforming in front of an audience, disappointing them. This could be a serious flaw in their strategy and could have other implications for the tour’s long-term success. 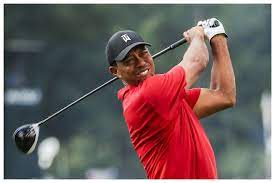 Tiger Woods is a living legend when it comes to golf. A golf prodigy, he was youngest ever to win the US Amateur Competition, Masters Tournament, rank first in world golf competition, and  achieve a career Grand Slam of the four major championships (the Masters, British Open, US Open and PGA Championship). Although he suffered from injuries through several parts of his career, the world sees him as more than just a talented golf player. He is a sports icon who has had several endorsements deals with brands such as Rolex, Gatorade, Monster Energy, Nike, and more. He is considered one of the most influential people in golf  and the sports industry as a whole.

Despite it all, Tiger’s personal decision to not join the tour remains firm. Throughout his career, he has made over $120 million from PGA tour winnings and nearly the rest of his billion-dollar  net worth comes from business deals and brand deals he has worked for in the past. He also does not have to worry about qualifying in rankings or earning OWGR(Official World Golf Ranking)  points as he is exempt into The Open and the PGA tour up until he turns 60 years old.

Even though he has amassed quite the fortune, a quarter billion is likely to make a significant impact on even the wealthiest of individuals. 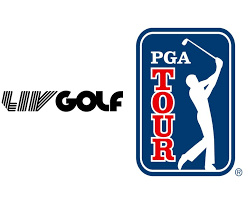 The 46-year-old claims that his loyalty is to PGA and truly believes that the tour really shaped him into the athlete that he is today. Through his career highs and lows, it was the PGA tour that really gave him a chance to showcase his talent for the world to see. He encourages other golfers to reconsider the importance of the PGA tour rather than be swayed by larger sums of money. In any case, this decision obviously may more likely be about his legacy and the legacy his brands represent. It is understandable why one of the best golfers of all time would rather not spend one of the finishing chapters of his career muddled in controversy and speculation. The LIV Golf tour has a long way to go to be considered an equal to any of the other major tours and there is much that is yet to be understood.