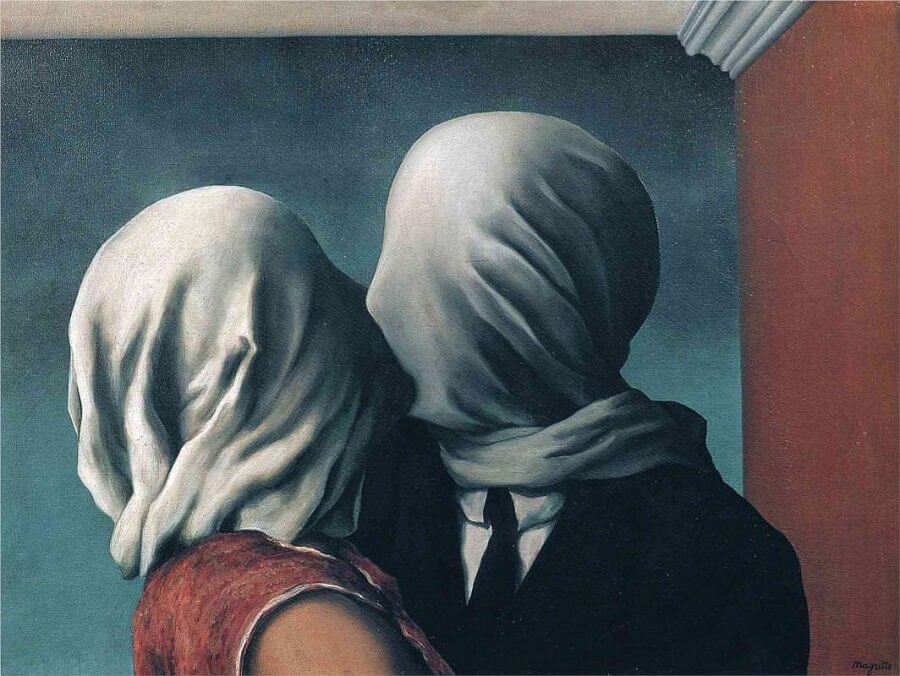 Art enthusiasts often forget about this surreal artist when they talk of modern artists, though Salvadore Dali is the most celebrated artist when it comes to surrealism. This artist stands to be my favorite.

Rene Magritte is my favorite surreal artist and I will spend the       next 700 words convincing you why.

The above oil on canvas painting was sledged in the year 1928.Rene paintings are not only simple and soothing to look at, but they also usually convey a thought provoking message. Trust me, the first time I looked at ‘The Lovers’ , I was questioning whether covid existed back then,  because why else would someone cover their faces with a white cloth and kiss their lover? The settling seems to be very ambiguous, where the lovers can’t seem to touch each other;near yet distant. Almost as if they are being held back. The cloth sort of holds them back, and it’s also the sole reason why this painting is so celebrated. 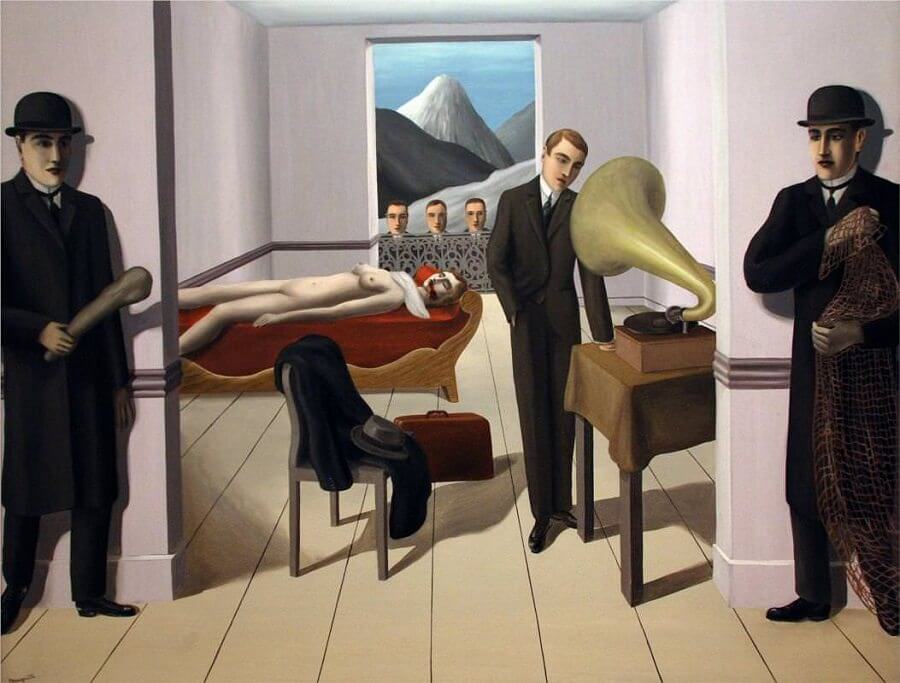 One of Rene’s most famous paintings, ‘The Menaced Assasination’, painted in 1927 is another artistry that captures Rene’s fascination with the eerie and mysterious vibe from Fantomas. Fantomas is a film that was based off of a thirty two volume series written by Pierre Souvestre and Marcel Allain, each of whom wrote alternate chapters since they complimented each other’s writing so much. Fantomas stood as an idol that would pass untouched, defy the concrete rules of the society and subvert its orders. Maybe that’s exactly what Rene wanted his artform to relay to its viewers. And a rebellious

artform is a great way to get a 17 year old’s attention. 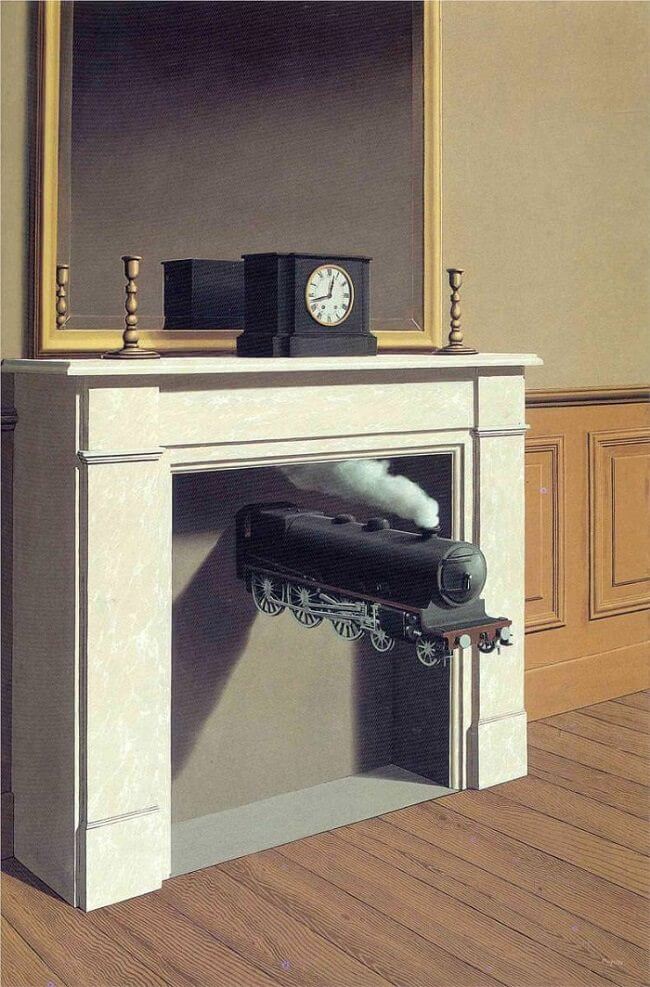 Ongoing time stabbed by a dagger, 1938 By Rene Magritte

Another visibly surrealist painting I tend to like the most is ‘La Duree poignardee’, 1938 also known as the ‘Time Transfixed ‘. Though now a part of the permanent collection of the Art Institute of Chicago, it used to lie once above the fireplace of Edward James. Magritte often joked to James about how he hoped that he would  hang the painting at the base of his staircase so that the locomotive would “stab” through the guests on its way up to the ballroom. But James had other plans.

“I decided to paint the image of a locomotive . . . In order for its mystery to be evoked, another immediately familiar image without mystery, the image of a dining room fireplace was joined.”

Though Rene didn’t gain majority of his popularity until his 50s, he is still one of the most renowned surrealist artists out there. Rene described his paintings as if they concealed nothing, but maintained their mysteriousness. He even suggested people ask questions about  his paintings. What do they mean? What do they stand for? How did such an idea come to be? And his infamous reply would be “It does not mean anything, because mystery means nothing. It is unknowable.”

All his paintings after 1918 reflect cubism, which he was introduced to by Picasso. In 1927, Magritte had his first art exhibition which took place in Galerie la Centauri in Brussels. Around this time he was constantly burning himself out, by producing one painting a day. His hard work always ceased in flames, because the critics always heaped abuse on his exhibitions. Many people argued that this slowly killed Rene, though Magritte himself alway said,”My art is personal to only me.”

To Magritte, what is concealed and what is kept mysterious was more important than what is open to view: this was also true both of his own fears and of his manner of depicting the mysterious.

Although he passed away in 1967 due to pancreatic cancer, his artistry  has still left a huge mark left on the surrealist movements. His name chimes along with Salvadore Dali’s. Whenever we talk about ‘The Persistence of Memory ’, we also end up talking about masterpieces like ‘The Son of the Man’ and ‘The Menaced Assasination’. He brought this whole mysterious, minimalist and simple way of looking at art, not only with his paintings but with his sculptures throughout the course of his career.