The rise of women’s football 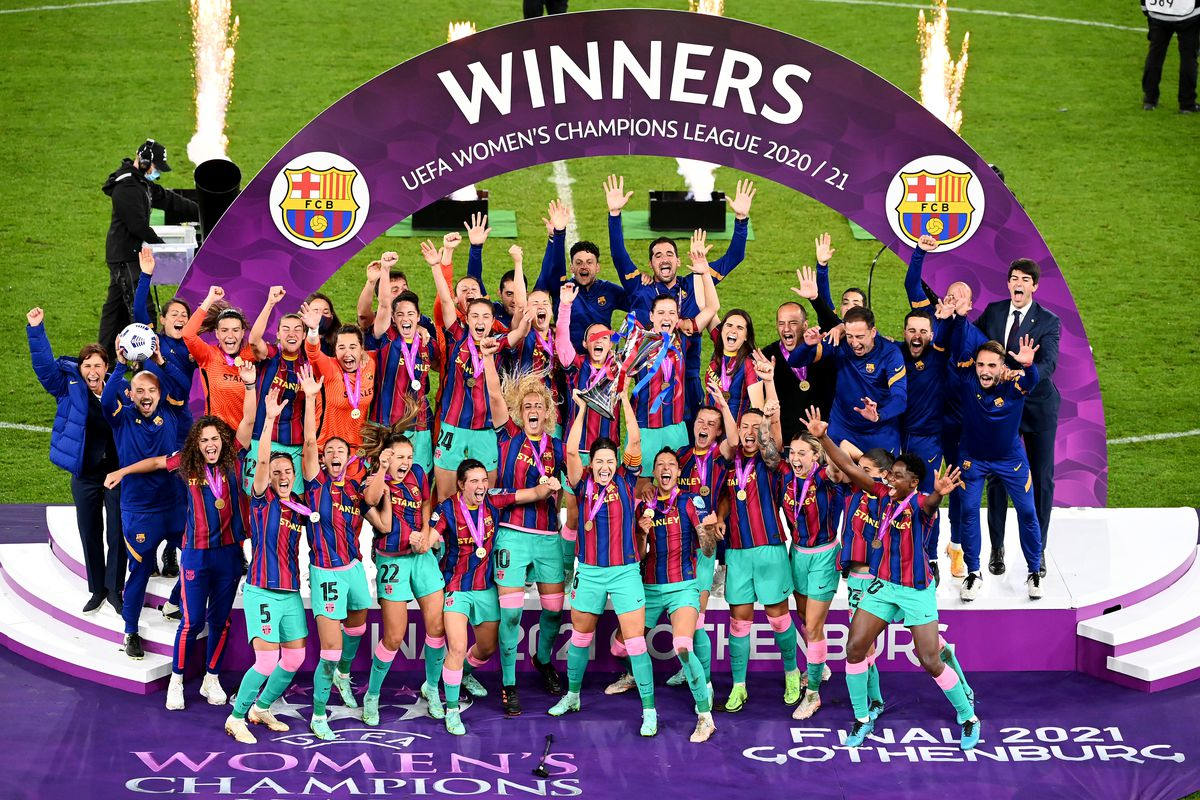 FCB Femení has already been crowned queen of the domestic league, the Primera Iberdrola (the female counterpart of La Liga Santander, the male domestic Spanish league) on May 9, 2021, after Levante drew 1-1 with Espanyol.

The team has now set its sights on the Copa de la Reina de Fútbol (female counterpart of the Copa del Rey) semi-final on May 26, against Madrid CFF. If they manage to win, they will be able to achieve the historic treble that football teams covet.

Barcelona is now the first Spanish team to lift the Women’s Champions League trophy. Since the 2011-12 season, the team has consistently finished either first or second in the domestic league. The women have been performing exceptionally well, with number seven Jennifer Hermoso finishing as the top-scorer in the Champions League. They haven’t dropped a single point this season, winning all 26 of their domestic games, and have now become domestic league champions for the record sixth time, topping the all-time list. (Try to forgive the fangirling, this is my favorite team.)

The win comes at a perfect time, when women’s football is getting the hype it deserves. The revolution ignited with the most recent Women’s World Cup in 2019 which attracted a combined audience of 1.12 billion viewers. Several sponsors and companies have now started signing deals with clubs to tap into the growing power of women’s football, the latest example of which is Greenfly with Real Femenino. UEFA Women’s Football will now be sponsored by Visa, Pepsi, Just Eat Takeaway.com, Hublot, and most recently, Euronics Group. The sponsorship covers Women’s Champions League, the Women’s Euro (the next one will be in 2022), the Women’s U-19 (the 2020 and 2021 championships have been canceled due to the pandemic), the women’s U-17 championship (the next one will be held in India in October 2022) as well as the Women’s Futsal Euro (originally to be held this year, has been postponed to 2022 because of the pandemic.) UEFA’s Together #WePlayStrong campaign which encourages females across the world to play football will also be covered under this sponsorship.

Most prominent among female players is the outspoken and radical captain of the USWNT, Megan Rapinoe. She shot to fame during the 2019 Women’s World Cup when a video of her went viral. The USWNT went on to win the World Cup and promptly shut down midtown Manhattan with their victory parade. Rapinoe has also been a staunch advocate of equal pay between male and female athletes. While the women’s football leagues have been around for years, they have recently come into the mainstream mainstream when the 2019 Women’s World Cup final was played in front of a sold-out crowd of 57,900 at Groupama Stadium, France.

A RunRepeat Survey has shown that viewership could increase by 300%-350% if female football could be made more accessible via TV. To quote the survey, “Considering the survey numbers, women’s league football should witness a 296.70% increase in the UK if it’s on TV. In the EU, the increase could be as high as 358.70%, and in the US, 304.6%.” In 2020, the US National Women’s Soccer League broke its viewership records by seeing an increase of around 300%. Everything that is related to the commercial aspects of sports is there and is being delivered consistently by female athletes – the ability to generate a substantial TV audience, deliver value to its sponsors as well as draw a substantial number (in the ten thousands) in live attendance per match.

In the past years, we have seen people, especially women stand up for their rights, whether it be physical, mental, or economic. People speaking up causes discomfort, it upsets the social fabric of the world we live in. And this becomes even more evident when it comes to women as traditionally, they have been the ones to keep their heads down and keep working, and they are the glue that holds families and societies together. When this glue breaks, it causes even more discomfort because not only are people not used to being questioned but also because it creates a vacuum of sorts where the work that was quietly being done before will not get done now. Women also carry out the majority of the unpaid work that takes place in homes around the world. But just because it causes discomfort and disrupts normalcy does not mean that these things should not happen, and definitely does not mean that people should stop fighting for it.

I hope this article leaves you with a thought in your mind and not a thought of “oh, another f-word piece.” I have tried my best to make this as simple, thoughtful, and original as possible and it is my dearest wish that this is widely read and shared.