A Talk with Professor Robert Frank 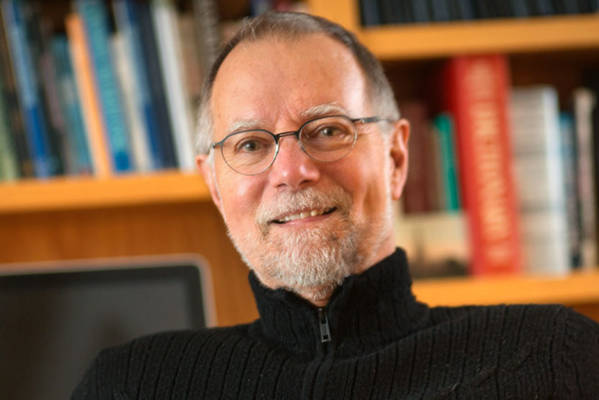 Professor Robert Frank joined the students of GIPE on 16th August 2021 to further their understanding as an economist. He started off by expressing his gratitude to the biggest mentors of his life, his college professor Edward Gramlich who motivated him to write research papers leading him to embark on  this beautiful journey of economics, Tom Gilovichthe reason he survived  a cardiac arrest and Casper Woods, his biology teacher who taught him to see the the world in a different light.

He believes economics is present all around and being inquisitive is the easiest way to learn. He  backed that argument by giving a riveting  example of fresh chicken being more expensive than the roasted one. The simple edification  being that the fresh chickens are bought in bulk and when their  expiry date is near, the sellers don’t want the unsold ones to get spoiled so they roast them and sell at a discounted price with an incentive to avoid the monetary losses.

His life philosophy are the words of Charles Darwin – ‘Life is graded on the curve’.

He believes that one’s talents and hard work aren’t the solitary factors of success, it also depends on where you lie when compared with people around you and your interpretation of the same. Context matters a lot in life and defines one’s needs and wants. Based on his stay in Nepal, he shared how he lived with the bare minimum and was content with the same due to the surroundings and the people there, whereas he lives in a bungalow in the US because that’s how people around him live and perceive it to be a simple form of living. This  was followed by the very fascinating Checked shadow problem where he asked us to choose the lighter box out of the two shown. The boxes were actually of the same colour and due to one box being in the shadow our brain perceived it to be lighter.

Next we were  introduced to  the concept of cognitive strategies that  can be used to reach a trade-off in society between taxing the people effectively and using the money to address the issues around. He talked about his latest book ‘Under the Influence’ where he has discussed effective solutions like proposing public policies which aim at increasing efficiency and making the economic pie bigger so that even with the same percentage distributions each share increases.

It was followed by a very insightful Q&A session, some snippets of it are

A. Theoretically there are many problems which can be tackled with practical application. One great example is the state of California where the taxes were raised after the city was in debts. The assumption was that people would flee to other states but instead the policy worked out well restoring the balance again.

Q. With reference to your book ‘Success and Luck’ you acknowledged that luck has a big role to play so why is it that we blame our luck whenever things aren’t going the right way but it’s our talent and hardwork for anything good that happens? And in Nepal you had met a very talented cook who could’ve done very well in life but since he was stuck with the subsistence wage simply because of the country he was in and it’s economic conditions so what is your opinion on the Indian students living here given it’s employability and skill development and how much of a role does luck play in it?

A. Tom Gilvich contributed a very important idea that helps in overlooking the role of luck in any situation. They have worked on the asymmetry with which we think about headwind and tailwind. On googling headwind and doing an image search we get vivid images of the concept. The journey of the headwind is very difficult but you aren’t even conscious of the tailwind. This simple idea permeates all activities. When you are thinking about success, it is just the moments of hard work that you remember but there are a lot many people who were equally hard working but couldn’t get to the top because they weren’t lucky enough. The cook in Nepal was extremely talented but unfortunately he didn’t have the opportunities to thrive. India has changed a lot in the last few decades. Students initially wouldn’t wish to go back after studying abroad but now this has changed as there are a lot of opportunities for them in India.

Q. What is the right question, the right question to ask? Over the years which has been the most interesting question on which your students have written? And do the students need to come up with the perfect answer in one shot or is it a continuous work in progress?

A. It is not easy to come up with an interesting question, it is actually the hardest part since books already have examples. After hearing a question you must immediately want to know more, that makes a question interesting. The question shouldn’t be obvious, it should be different. The question should be interesting to you firstly and to cross check the reaction your classmates have on hearing it would be the best feedback. The Professor’s favourite question was ‘Why do you need to strap your toddler in cars just for going two blocks over even though they can go on a long flight without one?’ The basic tool to answer is the cost benefit test because one additional flight ticket is way more expensive. Also if a flight crashes, the seatbelt won’t have much of a difference and it was initially required mainly due to turbulence, a common occurrence at that time. Even though the answer was simple, people were very interested.

Tune in to listen to them all.