Transwomen, HIV and sex-work in India

To an eight-year-old in an Indian playground, the term ‘gay’ or ‘Hijra’ is often a slur, to be spoken in hushed tones around adults or in spiteful retort to his friends’ insults. But this isn’t out of ignorance, or out of belligerent hatred towards the LGBTQIA+ community. It is a product of  social conditioning.

Even today, we openly hold biases against those who do not belong to the ‘status quo’ i.e the cisgender and heterosexual population. In the wake of the scrubbing of the article 377, even conservative pockets of India have opened an eye towards the LGBTQIA+. Whether it is for the better or for the worse is debatable. Ignorance is still abundant, and there is a long way to go till acceptance of the LGBTQIA+ in India trickles down to all walks of life.

The brunt of the assault on people from non-conformist sexualities and gender identities is endured by transgender people. According to Statista Research Department , out of a total of 902 hate-crimes reported between September 2015 to December 2019, 29 were against transgender people. While this is a relatively low number, it does not account for transgressions against sexual minorities by police members and domestic neglect and abuse. A 2010 study documented that in the past one year, 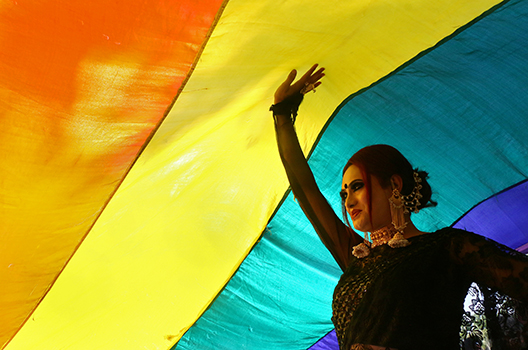 (Source : When Reporting on Gay Rights in India Gets Personal )

India, historically, has recorded the existence of multifaceted transgender identities, culture and communities- including Hijras, Aravanis, Kothis, Jogtas/Jogappas, and Shiv-Shakthis. The Kama Sutra provides a lucid account of the sexual life of people with ‘third nature’ (Tritiya Prakriti). Indian society, atleast in scriptures, acknowledged the existence of non-binary gender identities. This would imply an inherent acceptance of gender identities outside of binary gender constraints, yet this diversity fails to be accepted by contemporary Indians. There appears to be limited public knowledge and understanding of same-sex sexual orientation and people whose gender identity and expression are incongruent with their biological sex. Human rights violations against sexual minorities including the transgender communities in India are not uncommon, and have been widely documented. In short, in modern days transgender people are abhorred and not given their rightful place in society. Barring the rare exception, families and parents still ostracize LGBTQIA+ children. 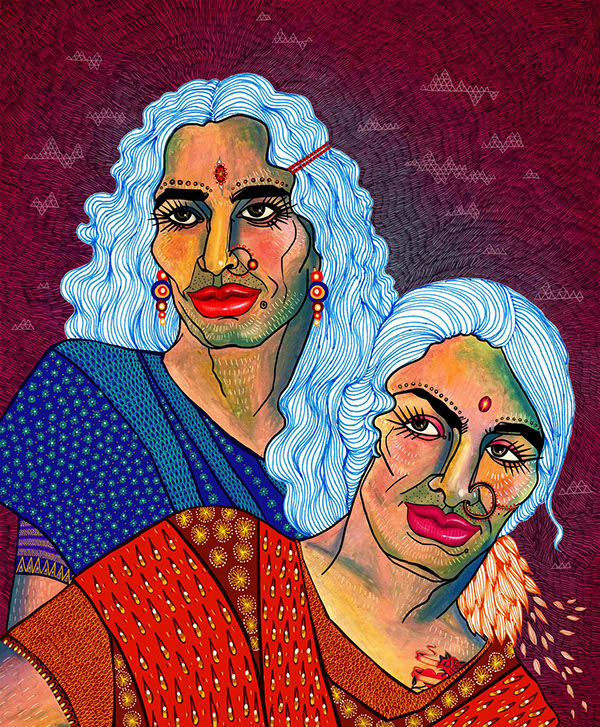 Several families do not accept male or female children performing gender roles of the opposite sex. Consequently, transgender children are often ostracized or downright abused for not conforming to gender or social norms. Many employers refuse to employ transgender people in mainstream jobs and institutions. Alienation from society coupled with a lack of economic opportunities leaves such children or teenagers vulnerable to dangerous and marginalized lines of employment such as sex work.

A study conducted by Department of Aids Control (DAC) under the National Aids Control Programme-IV across 17 states in the country found that around 62 percent of the transgender women in India are involved in sex work and the number is highest in Uttar Pradesh. While sex work in India is inherently dangerous due to flouted legal norms, social stigma and sexual trafficking/pimping, the intersection of socio-political stigma due to the nature of sex work and a non-normative gender identity puts trans-women at the higher end of risk. Transgender sex workers are more vulnerable to HIV than female sex workers and according to some studies done globally, HIV prevalence among transgender women is up to nine times higher than their female counterparts. Recent studies among Hijras/transgender women have indicated a very high HIV prevalence (17.5% to 41%) among them.

Social stigma, low self-esteem and continuous discrimination often hinders transgender sex workers from gathering the courage to demand clients to use condoms. Similar stress factors also prove them to be vulnerable to substance abuse which has adverse effects on their judgement of risk. 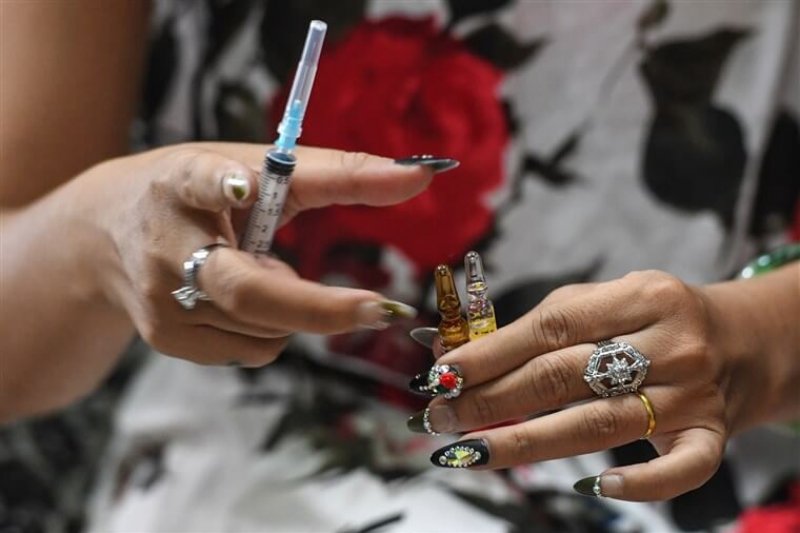 Due to scarcity of resources and lack of affordability of gender reassignment surgeries, transgender people often self-medicate hormones. This is sometimes done in unsanitary conditions while sharing needles, which contributes to the spread of HIV within the community.

Thus, there is an urgent need to educate not only sexual minorities, but conservative cohorts of India where discrimination against the LGBTQIA+ is still prevalent. If it is difficult to resolve the biases of parents who disown their children, at least a first aid and rehabilitation mechanism for transgender children should be established for protecting and nurturing minors.

An extensive education and employment generation program for transgender people is the need of the hour. The presence of third-gender identities in ancient literature is an indication of our ability to accept diversity as a nation and we must capitalise on the same to guarantee a safe and healthy living to those who are victims of social isolation.

BSc@GIPE > The 8:10 Newsletter > HOME > Transwomen, HIV and sex-work in India