The (disgusting) Legacy of the Two-finger Test

According to the Statista research department, during 2020, the total number of rape cases reported amounted to over twenty-eight thousand. Additionally, with a system that faults the victim for their misfortune, the path to justice is fraught with many obstacles. For instance, if you’re a woman whose vagina allows the insertion of two fingers easily, it is unlikely you can be raped. At least, that is the assumption the medico-legal examination procedure in India, following a rape accusation, hinges on. To say the least, this claim’s validity is, at best, questionable.

What is the two-finger test?

A “per vaginal” or two-finger test is an explicitly intrusive physical examination wherein a doctor inserts two fingers inside the vagina of a rape survivor to check if the hymen is intact or not. It is an examination of the laxity of the vaginal muscles, and the presence of an unbroken hymen. It is performed based on the claim that vaginas acquire flexibility with repeated penetration. Thus the ease with which the two fingers are inserted into the patient’s vagina determines whether the hymen has remained intact. This is used as a metric to determine whether they had been sexually active in the past.

Research has repeatedly proven that a broken hymen is not a reliable indicator of female virginity. According to a study, performed on  2384 children in the United States, 957 girls reported penetration from sexual abuse. Of these 957 girls, only 61 (6%) had abnormal genital examination findings. The study’s parameters for abnormal examination included: “acute trauma, transections of the hymen that extended to the base of the hymen, scarring, sexually transmitted diseases, and positive forensics”.

In fewer words, only 6% of traumatic penetration actually depicted trauma on the hymen. Some women are also born without hymens.

Thus, the belief that the hymen is ruptured during first sexual intercourse, or intercourse is necessary for a hymen to be ruptured is a misconception 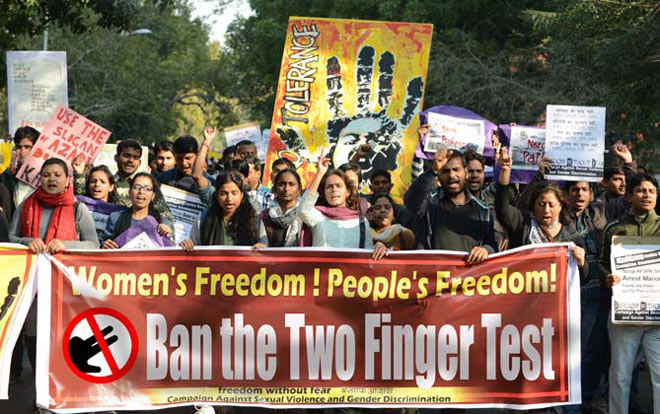 A violation of human rights

The two-finger test is, quite obviously, a violation of women’s right to life and privacy.

Reference to past sexual history was banned in rape trials in 2003 (the provision was added to Section 146 of the Indian Evidence Act), but undertaking a test of virginity is conducive to forging a way past against this legislation. In no manner is a woman’s sexual history impactful on whether she consented to an act, but we as a society shame ‘unvirtuous’ women through legislation and social isolation.

According to Modi’s Jurisprudence and Toxicology (21st Edition) at Page. 303 and also the textbook of Medical Jurisprudence, Forensic Medicine and Toxicology by Parikh’s, it is clear that to constitute an offence of rape, it is not necessary that there should be complete penetration of penis and rupture of the hymen.

“ Partial penetration of the penis within the Labia majora or the vulva or pudenda, with or without emission of semen, or even an attempt at penetration is quite sufficient to constitute for rape. To suffice, in no manner is a ruptured hymen, even a factor in the legal claim to sexual assault or rape. “

The physically intrusive two-finger test is thus not only redundant, but it is also a legal and moral violation against women. 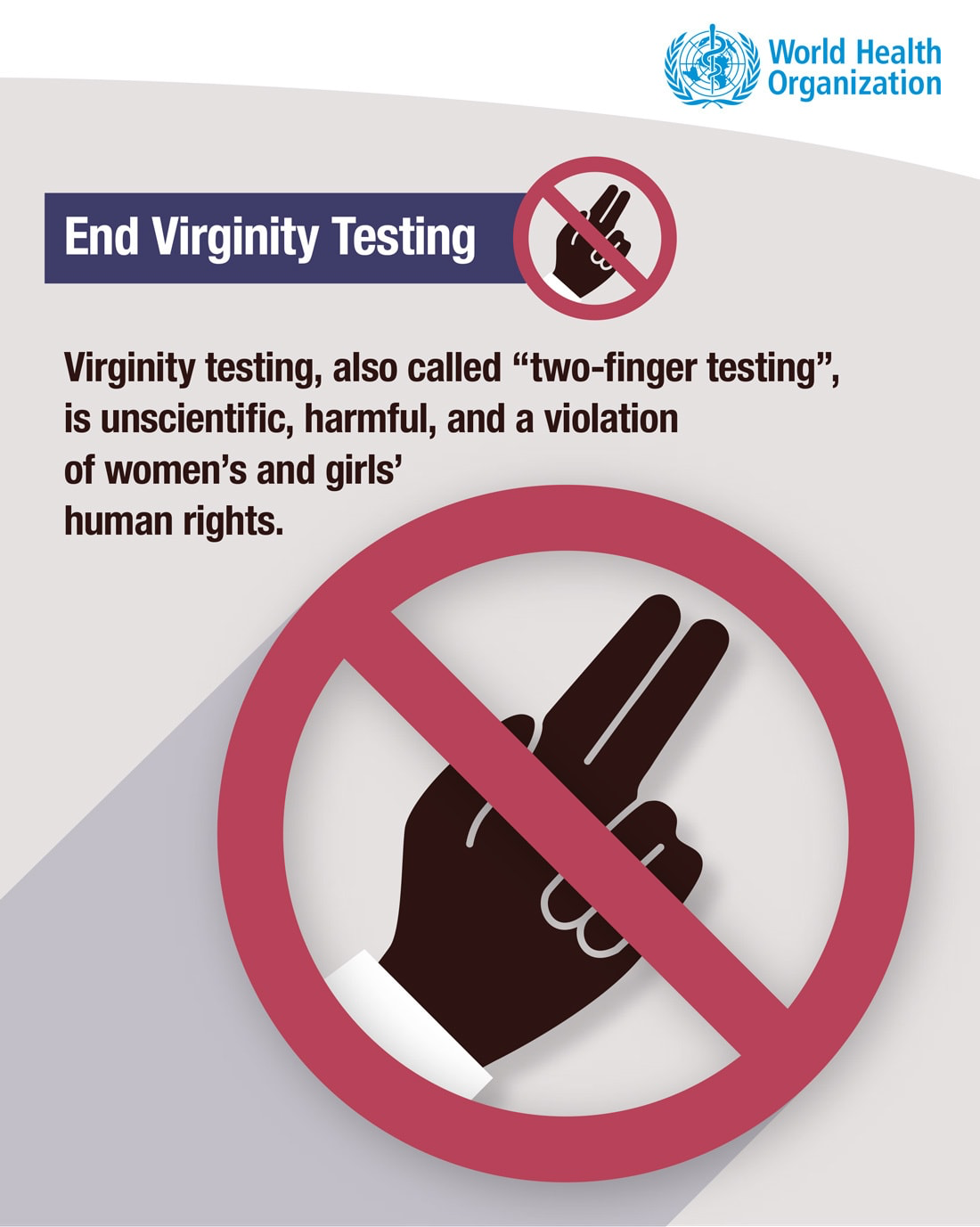 The two-finger test is rape itself

“The test is rape in itself,” says Sheraz Ahmed, Program Officer at War Against Rape (WAR), an NGO that assists survivors of sexual assault to report cases and provides legal advisory services.

The test re-traumatizes women and is inherently disrespectful of women’s ability to consent to penetration.

According to a study of virginity testing in Palestine, a social worker present during her client’s virginity exam reported that “the process was very painful, she was crying, screaming, holding my hands”. Undergoing virginity exams also caused two of the social worker’s clients to become suicidal, with one client reportedly attempting suicide. A report on India’s two-finger test describes doctors who harmed the examinee during the test by aggravating existing injuries.

Laws on the Two-finger test

It is imperative that any modern practice of this archaic rule must be followed by heavy punishment. Bigotry against sexually active women, and the legal loopholes to consider only ‘the perfect victim’ as a true victim, is still rampant. We must move past such regressive notions, and start treating women with humanity.

BSc@GIPE > The 8:10 Newsletter > HOME > The (disgusting) Legacy of the Two-finger Test