In Conversation with Isha Raut

Isha Raut is a third-year undergraduate student in our college. She is a Karate player and has participated in various district-level and international competitions. Growing up, she was a slightly fragile child. Her parents always wanted her to pick some sport, so as to make her stronger. She was 9 or 10 years old when her mother asked her if she would like to try out karate, she remembers. Without giving it much thought, she decided to go for it. Initially, she was slightly intimidated by the older kids around her with higher belts, but she was eager to learn. She wasn’t very serious when she started out with her coach, but the beauty and the competition in the sport got her absolutely absorbed.

Moving forward, here’s the conversation that we had with her.

Ans. My school had football, hockey, and basketball but I wasn’t really into those games. As I said before, karate never crossed my mind until my mom introduced the idea. However, I am so grateful that I opted for this sport as it exposed me to many experiences and has taught me a great deal about patience, persistence, and practice. 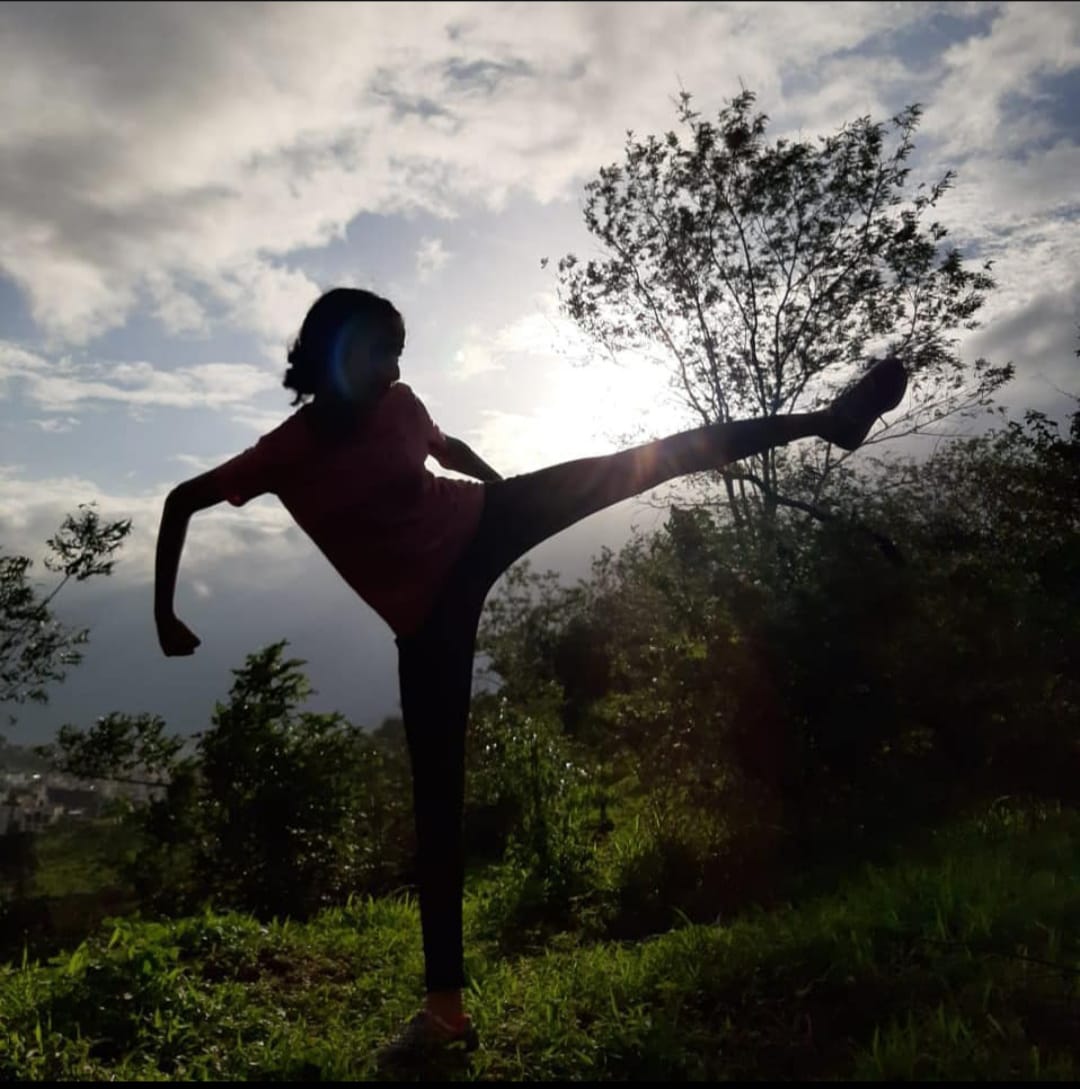 Ans. I still remember my first day at class, I was amused by the bowing while entering and exiting  and all the Japanese terms . But all these “dojo” etiquettes are a big part of the training as they teach you about respect, gratitude and humility. I think the reason why I liked this sport is also because of all the other things it teaches you other than the sport itself. Karate is not just fighting and self defence. Karate helps you build power, timing, technique, focus, speed and most importantly awareness. It also teaches you about responsibility, respect, courtesy and integrity.

Ans. My  coach and my parents were my biggest supporters. My parents always encouraged me to participate in competitions and camps while my coach pushed me to work harder. I was very lucky to have an amazing coach, I think he played an important role in shaping my interest in the sport. In order to master the sport, it is important to practice regularly but it is imperative to pay attention and listen to what your coach/sensei has to say. There are players whose katas look effortless which stems from flawless techniques. In order to have a flawless technique it is extremely important to listen and imbibe the inputs and instructions from your coach. 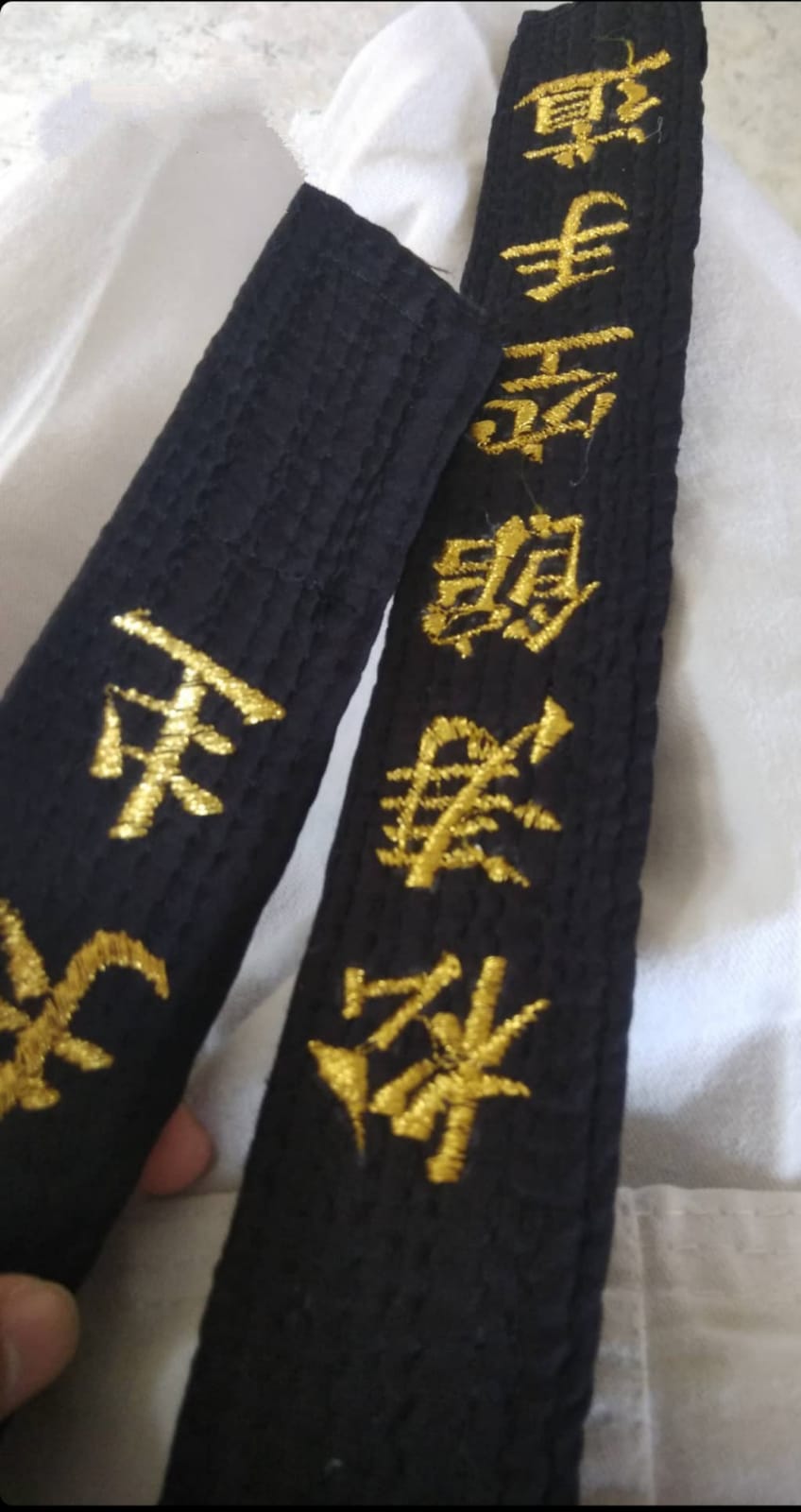 Ans. I remember winning my first karate kata competition. I recall being anxious yet excited. Winning that competition boosted my confidence  and further developed my interest in the sport. More than winning competitions , I truly enjoyed the days that led up to the competition itself. It was so fun to wait and practice for some extra time, getting your kata reviewed, practicing for kumite as well. The process of preparing for the competition is so gruelling yet so satisfying .

Ans. Initially, it wasn’t difficult for me to strike a balance between the two. However in ninth grade, I joined other classes for academic purposes so my routine was pretty hectic. I cut down the number of classes but I couldn’t fathom the idea of completely letting go of karate. In ninth and tenth grade, I saw some of my friends completely abandoning their sports in order to focus on studying. It shouldn’t be a choice between the two as both those things are complementary. Karate really helped me maintain my peace of mind and helped me relax .

Ans. I made sure that before every competition I was well hydrated and present at the venue at the right time. These two factors made me calm and then I did some breathing and warm up exercises and waited until my turn. It is very important to be calm and aware during the competition but that is only possible if you have practiced and trained with focus. If you are not prepared it is very easy to get all jittery and confused.

Ans. Everytime I lost a kata or kumite competition, I sat down with my coach who would point out all the necessary areas that needed to be worked on. Once you know where things went wrong then it is easier to deal with the setback. I remember distinctly when I lost a kumite competition in the final round and my coach pointed out that it was mainly because my stamina wasn’t the best due to my lack of practice then. In terms of physical preparation , three things play an important role: technique , conditioning and agility . When you have been training for long , you tend to get good at  technique but as the competition gets tough, you have to make sure that all the other factors are at par. To put in short you have to balance  your ‘ Shin-Gi -Tai’ 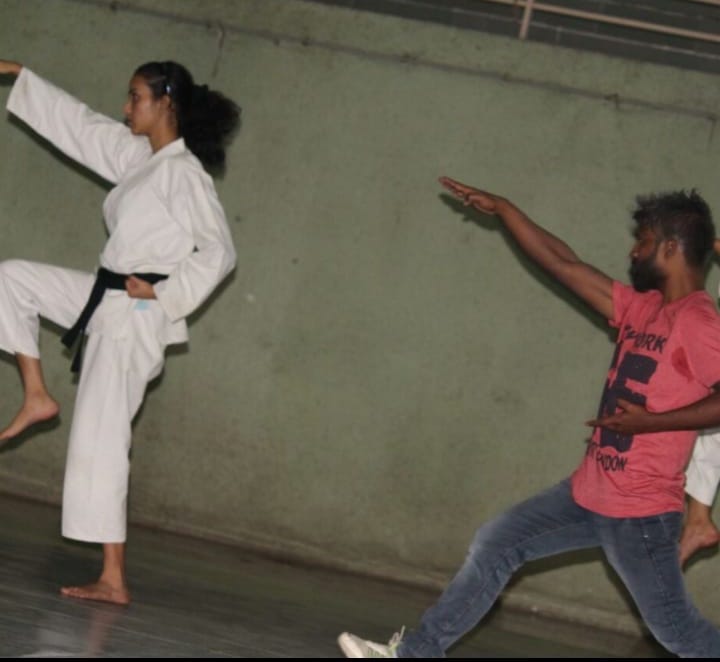 Ans. I twisted my ankle pretty badly in 11th standard so I had to let go of practice and competitions for quite a few months. I have never injured myself very severely but it is distressing to miss practice due to the same. It was a difficult time for me because when you are injured you have moments when you  wonder if you can ever get back. Injuries are the absolute worst but you just have to give your body the time to heal.

Ans. Karate is a great sport to build strength, stamina, balance, and speed. Also, your reflexes get sharper with practice. By honing your karate skills, you are honing our own spirit or attitude. Eliminating weak and indecisive motions in your technique in a way aids the elimination of weakness and hesitation in your minds and I think that is what makes karate so special.

BSc@GIPE > The 8:10 Newsletter > HOME > In Conversation with Isha Raut