The Ballon d’Or is a golden football-shaped award for the best football player in the world. It has been awarded annually by the French news magazine France Football. 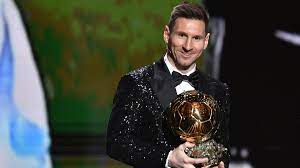 The Ballon d’Or has been awarded 65 times since its introduction in 1956. For its first few years, it was awarded only to European players. Hence, all-time greats such as Pelé and Diego Maradona never won it.  The player with the most wins is Lionel Messi (7), followed by Cristiano Ronaldo (5), Michael Platini, Johan Cryuff and Marco Van Basten (3 each).

The most recent men’s awardee is Lionel Messi, who was crowned the best in the world on the 29th of November. He won it for the 7th time based on his performances in 2021, as well as in 2019. Though his win was not unprecedented, it has caused much uproar in the football world.

The case for Messi

FC Barcelona, the team Messi was a part of till the August of this year, had been defeated in the previous season in the Spanish league by arch-rivals Real Madrid (Barca came a dismal third)  and suffered a heart-breaking 8-2 defeat at the hands of Bayern Munich in the 2019-20 UEFA Champions League quarter-final. They began the season stuttering, slumping once to 13th in the league. But with a string of impressive performances in the new year, Messi brought his team to the Copa Del Rey final and within touching distance of the league. He ended the season with the most goals(30) and most assists(11). His best goals came against Athletic Bilbao in the Copa Del Rey final and Paris Saint-Germain in the Champions League Round of 16.

He also captained the Argentinian national team to their first Copa America victory since 1993. He was crowned  MVP of the tournament and had the most goals and assists. It was his first trophy for Argentina, coming after a loss in the 2014 World Cup final and two losses in consecutive Copa America finals in 2016 and 2017. He powered his national team with inspired performances, especially against Uruguay and Ecuador. 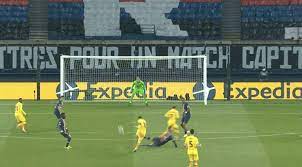 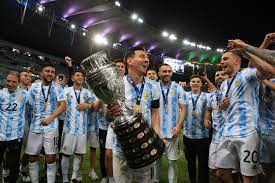 The case for Lewandowski

The case for Lewandowski

The major snub this year was Robert Lewandowski. He had 58 goals and 13 assists for Bayern Munich and Poland. By any standard, he had an outstanding season. Lewandowski was an absolute machine in the field. He is known for his extremely accurate finishes, especially from difficult positions. He is an out and out striker, who goes after every ball and tries to get it into the net. He won the Bundesliga for the 7th consecutive time, the DFB Pokal SuperCup and the European Golden Boot. But, it did not win him the coveted award.

This justifies the fact that the Ballon D’or is not given to the highest goal scorer but the best player. The journalists who vote for the award look for the player’s individual and collective performances, talent, fair play and impact he/she has on the game. What might not have helped Lewandowski is that he is a striker. His job is to put every ball he gets beyond the keeper. That means he doesn’t really get involved in playmaking and isn’t an exquisite passer or dribbler.

Compared to that, Messi is more of a playmaker, and in all senses a beautiful footballer. Messi does everything involved in a goal: driving the ball from defence, passing it around to create chances and of course finishing it with pinpoint accuracy. He is hence always referred to as a more complete player. 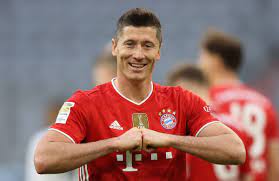 What makes his fans angrier about the snub is an apparent bias against Bayern Munich and the alleged influence of public relations. In 2013, Bayern Munich won the Champions League defeating Borussia Dortmund in the finals (incidentally a team which featured Robert Lewandowski). They did this on the back of superb performances by Arjen Robben and Frank Ribery. Ribery was poised to win the Ballon d’Or that year, but he eventually finished behind Cristiano Ronaldo and Messi. Most Bayern fans think Ribery was robbed that year.

The 2020-21 season was heavily affected by the pandemic. But Bayern Munich won a record-equalling six trophies, every one they played for. Lewandowski was poised for the award too until France Football decided not to award it, citing the interruptions due to the pandemic. He won FIFA’s The Best (Best Men’s Player) award for his performances. Many people also think that Messi won this year because of his better PR outreach, and in a bid to please his huge fanbase all over the world.