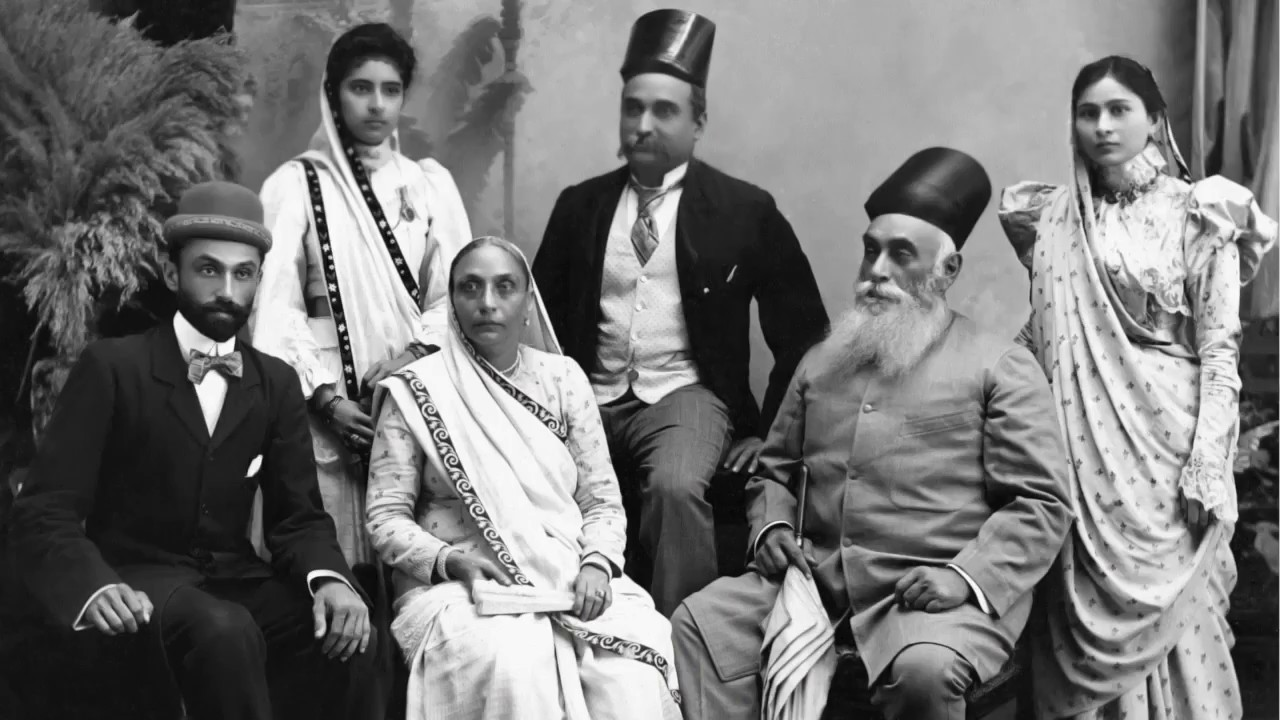 What do the names Tata, Wadia, Godrej and Poonawalla have in common? Other than being prominent business names in India, they are all part of the Parsi community. Despite being only 0.06% of the population, Parsis account for four of the Top 20 richest people in India. They are perhaps the most rich and successful community in India. To understand their extraordinary journey, we must trace back a few thousand years, all the way back to the first Parsis who set foot in India. 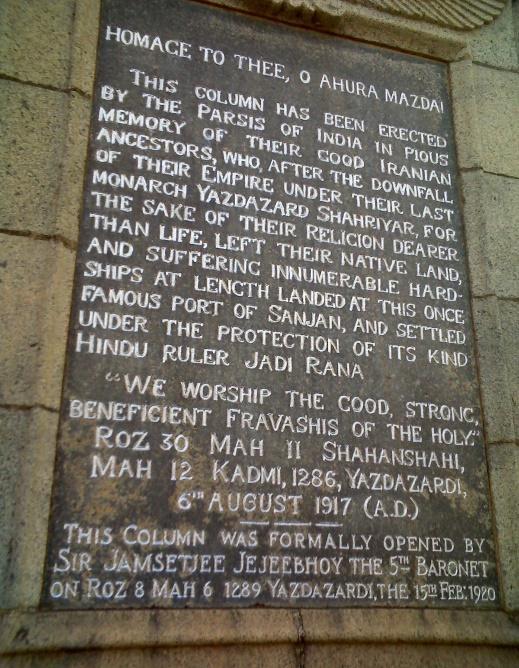 Image courtesy: An inscription at Sanjan

Parsis, meaning coming from Persia, are descended from Persians who migrated to India  between the 8th century  and the 10th century AD. The migration was an attempt to preserve their religious identity during the rough Arab conquest of Iran. Parsis adhere to Zoroastrianism, the oldest monotheistic religion. Little records exist on the journey of Parsis as they travelled through the continent from erstwhile Persia to India, but the Parsi epic Qissa-e-Sanjan details their arrival and settlement in  Sanjan in Gujarat. In the absence of other sources, the epic is accepted as an accurate account of their ancestors by many of the present day members of the Parsi community. The first chapter of the epic ends with the establishment of the Fire Temple at Sanjan in Gujarat, a sacred place of worship for many Parsis even today.

But the story of riches for the Parsis began quite recently. After being faceless for many centuries since their arrival, the Parsis gained ground by taking full advantage of opportunities offered in trade during the British era. When a coy East India Company received monopoly rights to trade in India from the then Emperor Jahangir, many Parsis moved to the newly built English settlements in Surat to look for job offers. The Parsis were not shy to socialise and form connections with the British. The local populace, on the other hand, found the European outlanders foreign and extremely unrelatable, and therefore did not, or rather could not, work or trade with them . 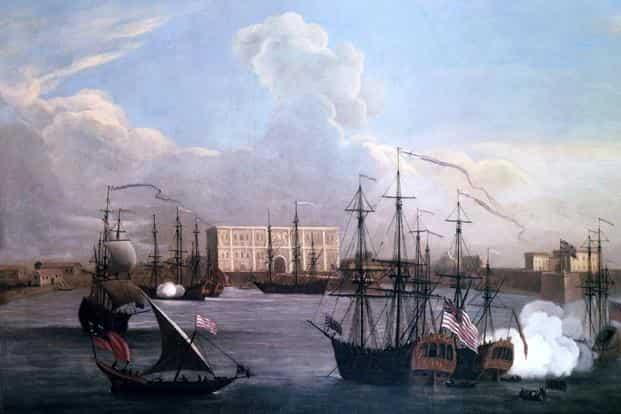 In 1668, King Charles II of England married the Portuguese princess Catherine of Braganza. This seemingly mundane event was in fact a pivotal moment for the birth of the India we know today. As part of this marriage contract, the British received the territory of Bom Bahia. Bom Bahia, which later came to be known as Bombay, was leased to the East India Company resulting in the creation of a major trade hub. Soon, the headquarters of the EIC was moved from Surat to Bombay and Parsis, once again, followed.

The trade that would profit the Parsis most significantly was from a good that Britain fought two wars over: Opium.

“Almost all the leading Parsi families, no matter what enterprise they were originally engaged in while in Bombay or in other Indian cities, were directly involved in the China trade (opium trade to China) and made great profits from it. “

Jamsetjee Jeejeebhoy, India’s richest man at the time, earned his wealth through the opium trade. This is not to say that the rest of India remained indifferent to opium. Many merchants across India tried their hands at it, but it was only the Parsis who succeeded. The reason for this is attributed to their presence in Bombay, where the EIC had lesser control relative to Calcutta. 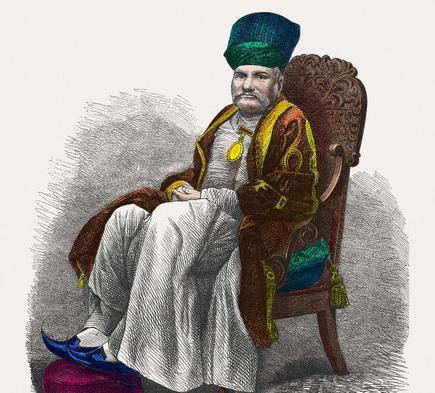 After the Chinese banned Opium, disappointed as they were, the  Parsi merchants with the now amassed wealth, moved to other industries such as textile. Their relatives who had embarked to Canton for Opium either came back to India or settled in Hong Kong.

This wealth meant that the Parsis could afford to send their kids to elite English medium schools, because of which they began to be perceived as literate and progressive, both by the rest of India and by the British. Learning English put the Parsis a step ahead from the rest of the Indian society as they could communicate better with the British and form a good rapport.

Early involvement in trade with the British meant that Parsis as a community have, for generations, had the advantage of accumulated wealth and connections. Despite all this, the Parsis have historically been a charitable group, always working for the welfare of the society.

“It’s a religion which in fact encourages capitalism, but capitalism with a very important social responsibility. That if you have made a lot of money, you must learn to share it”
—Noted Parsi Zoroastrian scholar, Khojeste Mistree quoted in Qissa-e-Parsi documentary(6.26 to 6.34)

The contribution by Parsis to our nation has been positively disproportionate to their population size. India’s first steel mill, first commercial airline, first luxury hotel and first stock exchange were all established by Parsis. The community was closely involved in India’s development and in reviving our economy after the British left.

Today however, the Parsi population is declining fast. It is taboo for Zoroastrians to marry out of their community. The Parsi lineage, culturally only passes on through male members. The community has a detrimental death to birth ratio at 4:1. Moreover, there has been a studied inverse relation between fertility rate and income and therefore it is no surprise that the very rich and successful Parsis have an extremely small fertility rate of 0.8% which falls below sustainable levels of fertility rate at 2.1%.

The Ministry of Minority Affairs, recognising this issue, came up with the Jiyo Parsi scheme which aims to arrest the decline of the Parsi population. Since its inception in 2013, the scheme has worked in three ways. One by conducting workshops to create awareness about the issue. Two, by healthcare benefits through childcare and creche support. And finally three, by providing financial assistance to detect and treat infertility.  For a country like India, that rolls out family planning schemes and targets to reduce its overall population growth, Jiyo Parsi is an outlier as it attempts to increase the population of a particular group within our nation. This is because the Parsis’ dwindling population size is  a scary thought as the extinction of this community would be a grave loss for India.