Man has been domesticating animals since time immemorial to utilise it for their own use. As a means for agriculture, transport in undulated terrain, a loyal companion in war time to modern sports today, horses, from other animals have a special place in human society.  The last century saw a drastic decline in the number of livestock and near extinction of some breeds of horses. The FAO World Watchlist 1995 had put the Marwari in the endangered list. The situation worsened when the equine population dwindled to only 500 in 1997. Since then the equine societies have played a big role in not only sustaining but also in preserving the bloodline of the breed.

Marwari is native to the Marwar region comprising Jodhpur, Barmer, Jalore, Pali and Mewar region of Udaipur of Rajasthan. It is also called ‘Malani’ after the ‘Malani’ region of Barmer district. Today the horses are bred for sports, as police chargers, ceremonial or marriage horses and for personal interest.  Today most of the breeders are concentrated in Rajasthan and some parts of Gujarat and Punjab. 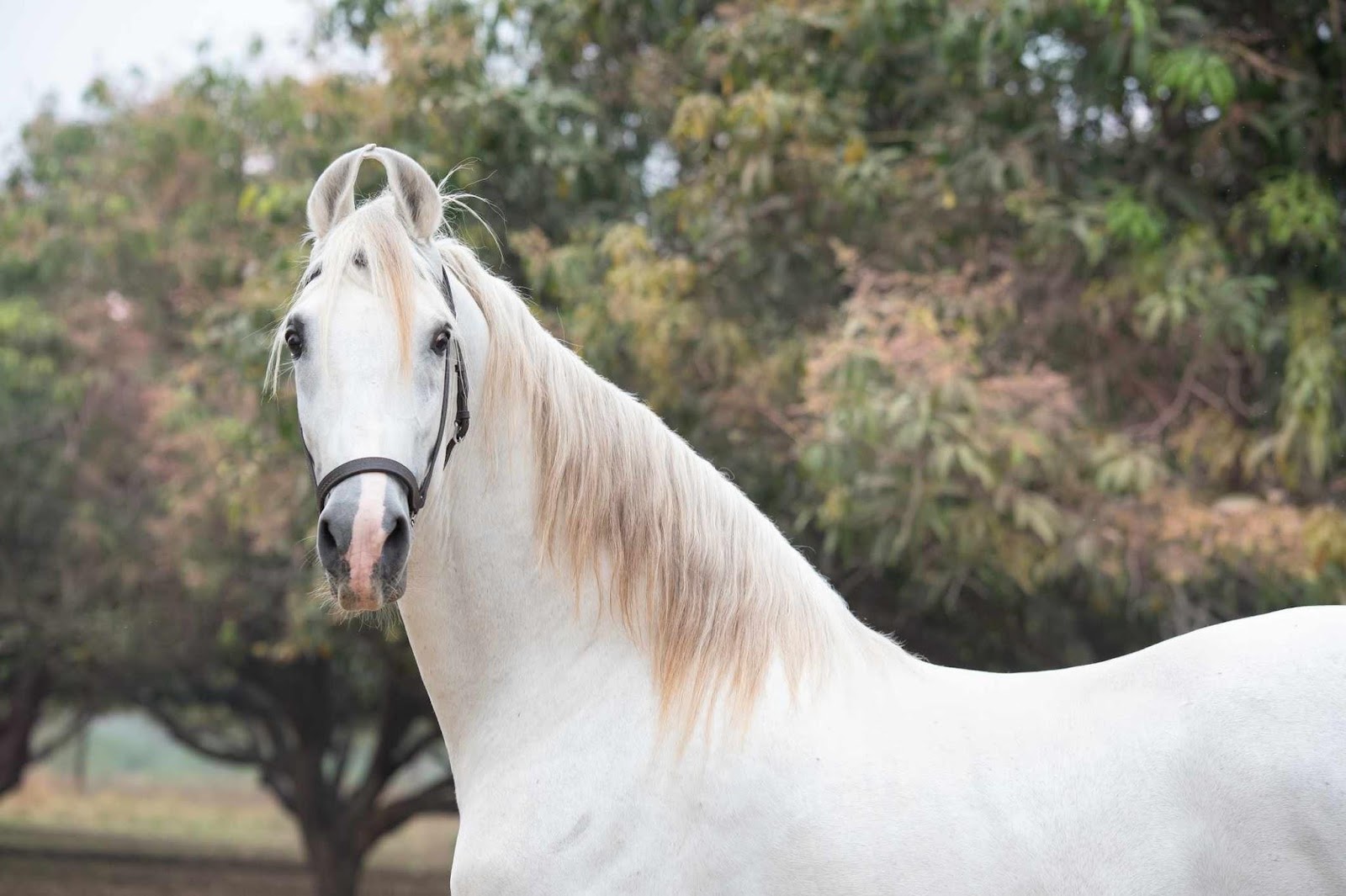 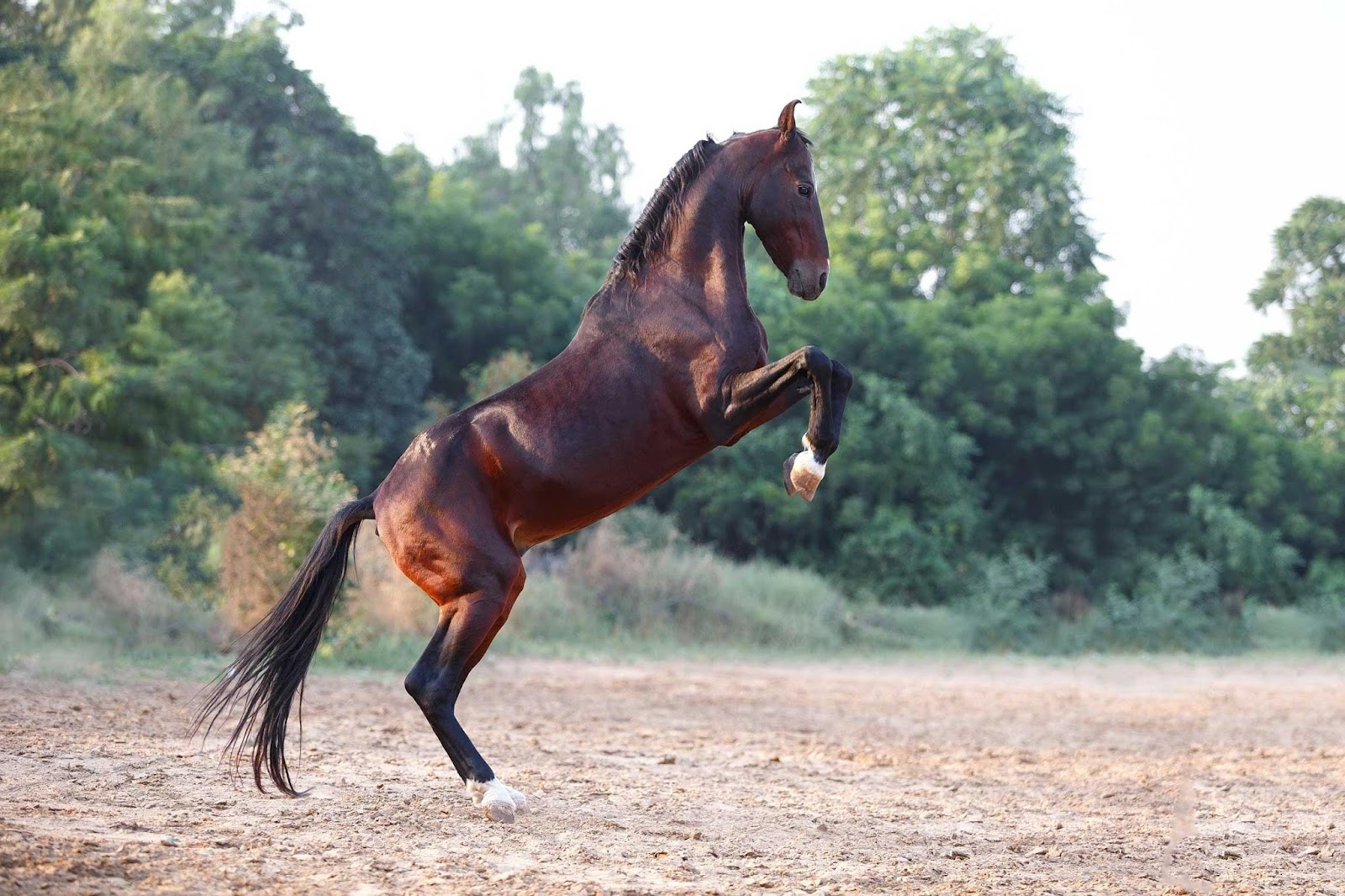 The Marwari’s most distinctive feature are its unique curved ears, sometimes so curved that the tips touch. The average height of this breed is between 14 to 16 hands, and its weight  ranges from 750 to 1000 pounds. These horses are bred in many different colors, including bay, grey, chestnut, palomino, skewbald and piebald. The breed’s shoulder bones are less slanted compared to others. This bone angle makes it one of the most comfortable rides. Indigenous species like the Marwari are also less prone to diseases.

The history of the Marwari horse breed can be traced back to the Rathores; the Rajput clan of Mewar in 12th century western Rajasthan. To conserve traits such as loyalty and hardiness in the breed, the Rajputs maintained strict selective breeding processes. Their folk tales describe how ‘Chetak’ the famous horse of Maharana Pratap, with its hind legs injured, carried its master to safety  from the battle ground. The name stands as a symbol of loyalty to this day. In 1644 ‘Bahadur’, Amar Singh’s horse fearlessly jumped from the 70 feet high Agra Fort rampart and died, in order to save him from the Mugal soldiers. These traits, as previously mentioned, are still found in modern Marwari horses. 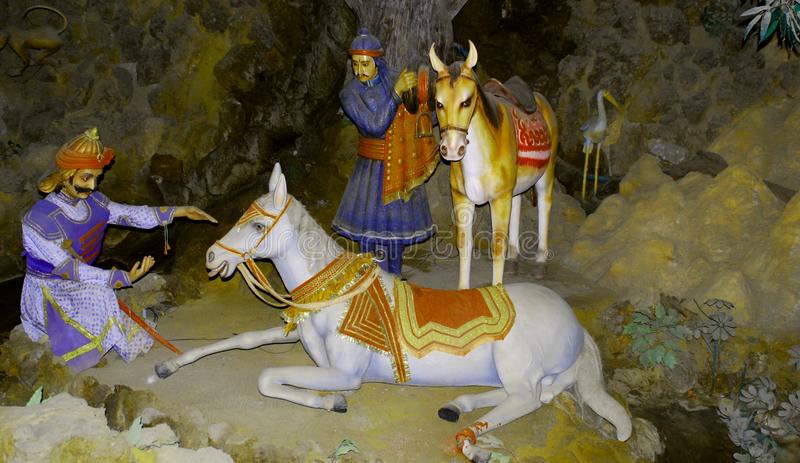 During the colonial era, due to the British preference for thoroughbreds, the Marwari breed was in danger. The situation did not improve even after Independence. In 1956, the socialist government took over the Rajput estates and their ancestral possessions. Thousands of equines were castrated or turned over to the peasants who used them as draft animals. It was no surprise then that the Marwari’s name made it to the FAO watchlist considering that the peasants did not care to preserve the bloodline or had little resources to sustain the horses. 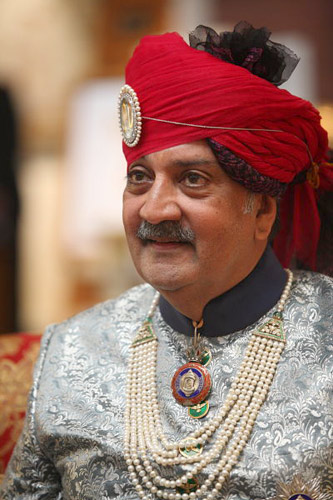 However, through the years Royals in their individual capacity were able to keep the ceremonial status of Marwari intact. With the Indian Tourism industry gaining momentum in 1980’s and Rajasthan being the face of it, awareness about the Marwari grew, bringing it to the fore. In 1998 Maharaja Gaj Singh, the king of Jodhpur, founded the All Indian Marwari Horse Society. The society aims to identify true breed equines, preserve  and promote  them internationally, among others. This was the turning  point for the Marwari. In the US, the Marwari gained popularity when Francesca Kelly along with her husband Dale Durfee came to visit Rajasthan in 1995. Her book, ‘Marwari: Legend Of The Indian Horse’ was subsequently published in 2000. She was the first person to introduce the breed to the US. With the efforts of All India Marwari Horse Society, the breed characteristics were finalised in 2002 and confirmed by National Research Centre on Equines (NRCE) in 2006. 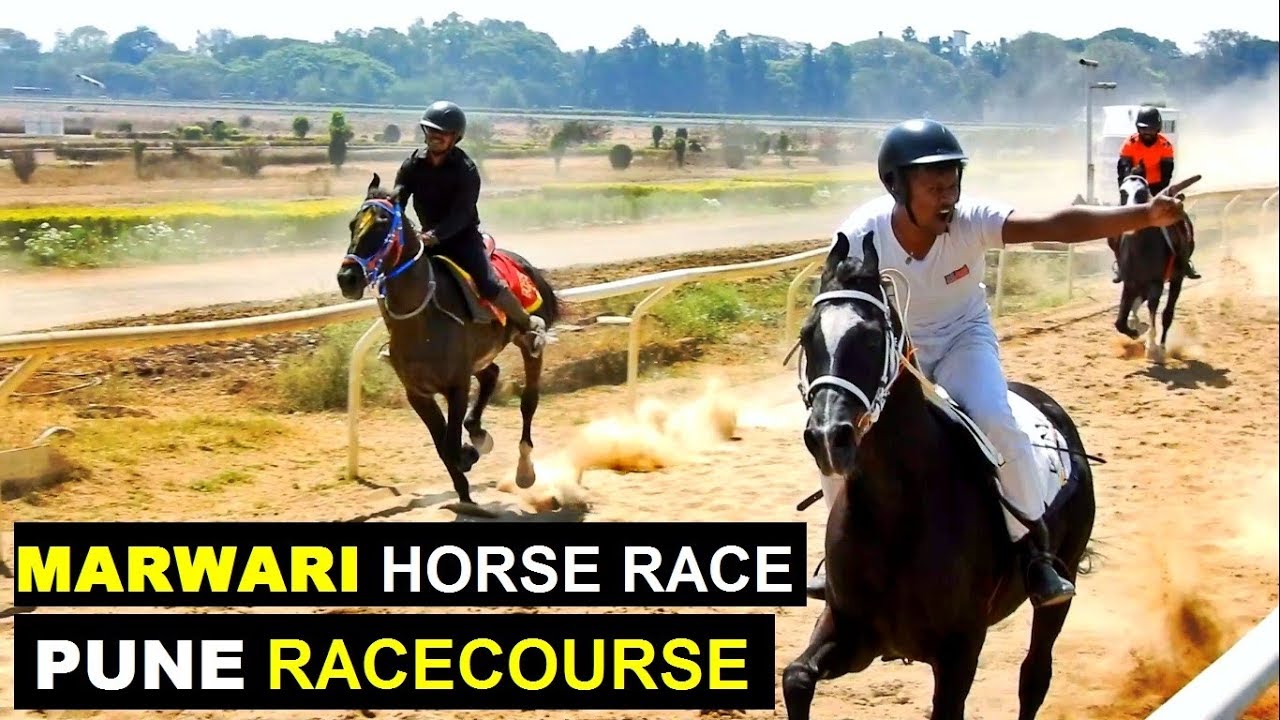 Since 2000 Marwari has taken part in many equestrian races at various levels. It has also taken part in many horse shows such as the Marwari Horse Show at Jodhpur, the Chetak Horse Show in Mewar and Shekhawati Horse Show. With an increased number of Marwaris to around 42,000 and improved condition of the breed, popularity of the equine has increased many fold. Today more and more horse keepers prefer Marwari over other breeds. The strength and stamina of the horse makes it ideal for sports such as  horse racing and other horse sports such as Polo and other Gymkhana Games. The recent Marwari Horse Show 4th edition, conducted by Indigenous Horse Owners Association (IHOA) in Pune is one of many events where Marwari has displayed its capacity. The show was a success as remarked by  IHOA.

The Marwari has come a long way to grab its rightful place since Independence.

From the past to the present, the tales of this  exquisite equine are endless. Its existence once threatened by forces not equal to its might, today it stands tall again as the royal symbol it rightfully is.