A conversation with Tyler Cowen 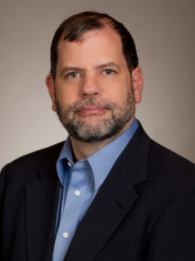 Professor Ashish Kulkarni interviewed Dr. Cowen and they spoke about Philosophy and Economics. The conversation started with a vivid discussion about Philosophy and Opportunity costs where they discussed the opportunity cost to the subject of Philosophy because of the fact that Dr. Cowen chose to study and teach Economics instead of Philosophy. They also discussed several related and equally exciting things like the Ideal University, Urbanisation (Songdo, South Korea), models present in the American education system (Minerva, Harvard and Arizona State University), the liberal arts essay by David Perell, online classes and technological exchanges- and finally about Deirdre McCloskey’s essay on getting an undergraduate student to do Economics.

They then moved on to speak about the great man, Tyler Cowen himself- and his work and worldview. They spoke about Culture and Economics, studying Economics in one’s spare time, use of vouchers in the American education system, taking one of the following, at a minimum, away from schooling- calculus, statistics, programming, Shakespeare and the Bible (which was localised to the Mahabharata in this case!) and about teaching with blogs. They also spoke about the birth of MRU and the subsequent textbook that came along.

Then, they went on to speak about Travel, Arts and Culture. They spoke about the possible effects on a culture which values honorifics, about asking stupid questions while travelling (and of course, about getting better at this art!), his recommended destinations for Indian undergraduates who are travelling in India and finally his advice to students for getting recruited better. Further they proceeded to play a fun game called choices choices where Ashish Sir gave him two options, Dr. Cowen must choose one, and Ashish Sir must guess which one he’ll choose. Dr. Cowen must also explain the reasoning behind your choice. As with his game (overrated/ underrated), so also with this one: Dr. Cowen had a choice to pass on any or all.

This insightful talk ended with some questions from the students.